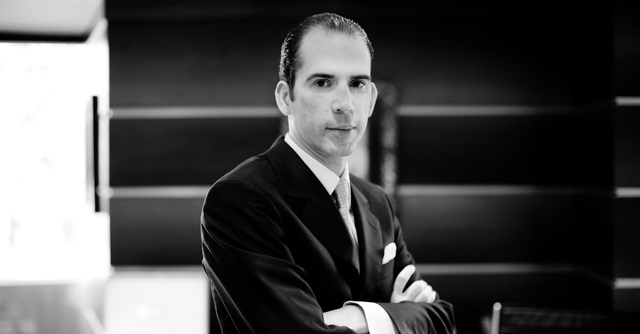 Earlier this week, Left Foot Forward reported on the Tory donor who has been charged over allegations that he illegally provided campaign donations to a former Puerto Rican governor in a scheme to remove a senior banking regulator from his post. Julio Herrera Velutini – who has been charged with conspiracy, federal programmes bribery and honest services wire fraud in the USA – has donated more than £500,000 to the Tories since Boris Johnson became prime minister. Velutini has denied all the charges.

Now, the Labour Party has demanded answers about the links between the Tories and Velutini. Chair of the Labour Party Anneliese Dodds has written to the Conservative Party’s co-chair Andrew Stephenson asking for clarity on the nature of the relationship.

In her letter, Dodds asked what Boris Johnson and other Tory officials knew about Velutini’s activities and at what point they knew about them. She has additionally asked for transparency on what access Velutini had to the prime minister and other government ministers and “what consequences arose from those interactions”.

Dodds has also sought answers on whether the Tories intend to keep hold of the cash Velutini gifted to the party.

In addition to querying the links between Velutini and the Tories, Dodds’ letter suggests that it is part of a pattern of questionable decisions made in relation to funding and influence since the appointment of Ben Elliot as co-chair of the party. She goes on to argue that Elliot should be sacked from his position and that Stephenson should call for his head.

Dodds highlights reports that Elliot has created a secret advisory board of major Tory donors who have gifted more than £250,000 which has given privileged access to the prime minister and other senior ministers. Some of these donors are alleged to have links to Putin’s regime. The Conservative Party has previously responded to these claims by saying, “Government policy is in no way influenced by the donations the party receives”.

Dodds concluded her letter by writing, “A new broom is clearly needed to demonstrate to the public that the Conservative Party is committed to cleaning up its act. This is your opportunity to make your mark as co-chair. Will you therefore call publicly for Liz Truss and Rishi Sunak to explain what they will do to clean up the sleaze-ridden Conservative Party and expunge its links to dodgy donors, including those with links to Mr Velutini and those with Putin’s Russia, once and for all?”

The Guardian has reported that a Conservative Party spokesperson said in response to Dodds’ letter, “Donations to the Conservative party are properly and transparently declared to the Electoral Commission, openly published by them and comply fully with the law.”