The announcement has sparked criticism and raised questions about where, during a cost of living crisis, Johnson’s priorities lie. 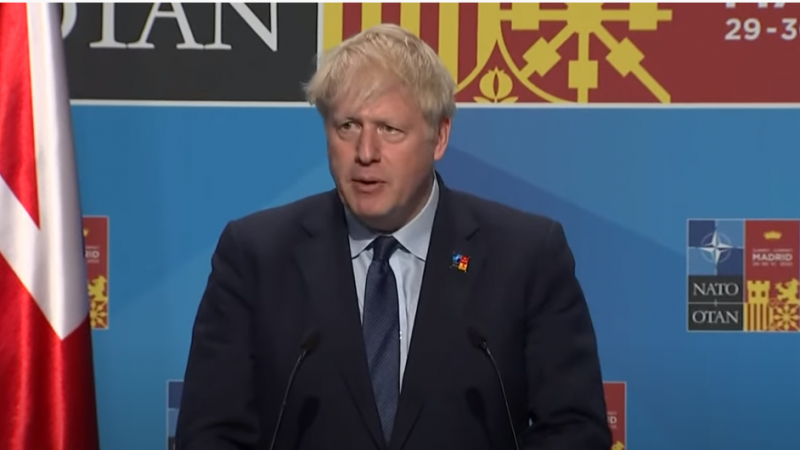 Boris Johnson has signalled the government will increase the UK’s defence budget to 2.5% of GDP by the end of the decade.

Speaking at the end of a Nato summit in Madrid on June 30, the PM said:

“We need to invest for the long term in vital capabilities like future combat air while simultaneously adapting to a more dangerous and more competitive world.

“The logical conclusion of the investments on which we propose to embark, these decisions, is that we’ll reach 2.5% of GDP on defence by the end of the decade,” he continued.

Defence sources said the decision would mean a total budget of £74.5bn in 2029-30. Downing Street has insisted Johnson’s comments did not constitute a concrete pledge

Some Conservative MPs have criticised the figure as not being enough. Tobias Ellwood, for example, says 3% of GDP should be spent on defence.

The announcement has however also sparked criticism and raised questions about where, during a cost of living crisis, Johnson’s priorities lie.

When pressed about whether consumers, who are facing steep rises in the cost of fuel, food and energy, would suffer from Ukraine “fatigue”, the PM replied that the “point about the cost of freedom is that it is always worth paying.”

James Murray, shadow financial secretary to the Treasury, said: “We must of course do all we can to support Ukraine as Russia’s aggression continues.

“But the Tories have only got themselves to blame for a decade of stagnating wages, low growth, higher taxes and poor delivery. They have let the country down and are looking for any excuse instead of fixing the problems they created.”

Among the critics of a £55bn increase in military spending during a cost of living crisis is Ross Greer, Scottish Green MSP. Talking to The National, Greer said a big rise in defence spending could have a “transformative” impact on the country if it was used elsewhere.

A spokesperson for Greer suggested the additional funding for military was proof that money could be found for issues where there is “political will” to do so.

Torsten Bell, director of the Resolution Foundation, shared similar concerns, saying: “If we’re permanently going to get to 2.5%, then you are talking about a significant shift in what the state is doing. In the long run, we’ve managed to grow our welfare state without raising taxes, by shrinking the military. If we’re wanting to reverse the direction of travel on that, then you’re not also going to be able to turn around the NHS and have taxes substantively coming down.”

Another commentator described the move as ‘obscene.’

“Cut military spending not wages! This is obscene. Government says it can’t pay decent wages to rail workers or nurses but it is going to increase military spending,” said John Ross, a senior fellow at the Chongyang Institute for Financial Studies.

Johnson is planning to make a joint speech with the chancellor, Rishi Sunak, in the coming weeks, which will set out how they see the UK economy, against a backdrop of soaring inflation.