“Brilliant news for the people of Greater Manchester.” 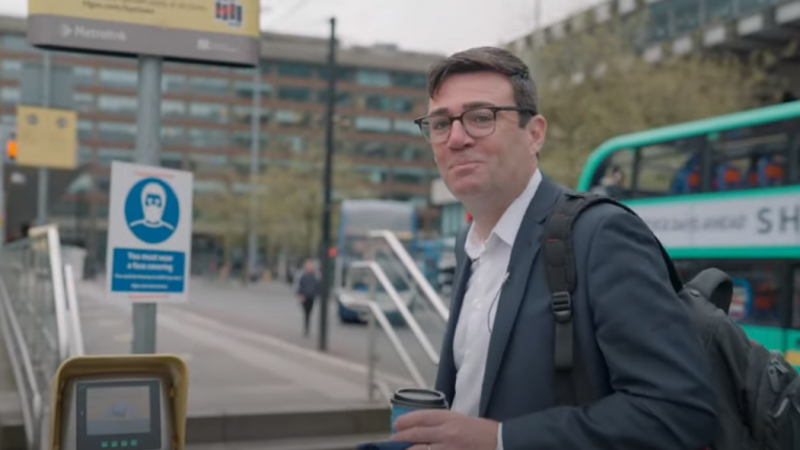 An attempt by a coach operator to put the brakes on plans to bring buses in Greater Manchester back under public control has been unsuccessful.

In a major legal ruling this week, the High Court rejected an appeal by Diamond Bus owner Rotala, to a decision made earlier this year that gave Andy Burnham’s proposal to give local authorities control over pricing and ticketing the go ahead.

The Court of Appeal unanimously rejected the appeal and upheld the High Court’s original decision.

Burnham’s plans to bring the city region’s bus network back under public control for the first time since 1986 were first proposed five years ago.

Under the sweeping reforms, passengers will have access to a London-style transport system which puts authorities in Greater Manchester in the driving seat over bus planning, including fares and ticketing. Private bus operators would bid to run services.

In March this year, a judge dismissed claims by Rotala and Stagecoach that the mayor’s plans were ‘unlawful’ and ‘irrational.’

The franchising system is part of the wider Bee Network, a vision for Greater Manchester to become the first city region in the UK to have a fully integrated transport system which will join buses, trams, cycling and walking.

The bus reforms are set to be launched in Bolton and Wigan next year, before being rolled out across the whole city region by the end of 2024.

Under the new system, bus tickets in Greater Manchester are to be capped at £2 for a single adult ticket and £1 for a child ticket – significantly less than the £4 adult fares that the people of Manchester currently have to pay.

The fare cap was due to come into force from September 2023. However, in March this year, the Manchester mayor announced his intention to bring the cheaper fares forward to September to help people with the cost of living crisis. While the £2 for adults, £1 for children and £5 multi-operator day tickets have not yet been signed off, Burnham says he is “very hopeful” it will happen soon.

“What I can say is I am very optimistic we’ll be able to do the right deal in the next couple of weeks to say that it starts in early September.

“We’ve not quite got to that point yet, so I’m just going to be honest with you. But I’m very hopeful that that will be in place,” he told BBC Radio Manchester on July 28.

Burnham described this week’s ruling by the Court of Appeal as “brilliant news for the people of Greater Manchester and for anyone across the UK who cares about having a bus service that puts people ahead of shareholder profit.”

“We were always very confident [the combined authority] had followed all correct legal processes and the decision to franchise buses and to bring them under public control was lawful and right.

“We are delighted we have comprehensively defeated the last legal challenge in the way of bringing buses under public control.

“The Court of Appeal’s judgment upholds the original decision of the High Court and unanimously rejects this appeal as without any merit,” he said.

The mayor informed how, through two separate consultations, the Greater Manchester public had said they wanted buses brought back under public control for the benefit of the people. He said he is “delighted the court has dismissed all the operator’s arguments and has awarded all costs in our favour.”