From September 2022, people won't pay more than £2 for a single journey across Greater Manchester 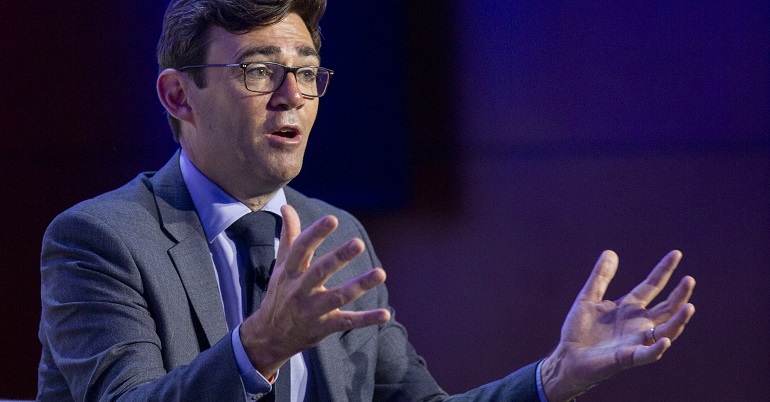 In March, the Mayor of Greater Manchester Andy Burnham announced plans to cap bus fares at no more than £2 a journey. The fare caps were due to come in from September 2023. But today, Burnham as announced his intention to bring that date forward one year in order to help people with the cost of living crisis.

The move is subject to agreement with the government and the bus operators in Greater Manchester. It would see adult fares for a single journey capped at £2 for adults and £1 for a children.

Whereas the single fare cap would only apply to a journey taken on a bus run by a single operator, Burnham also intends to bring in a £5 day ticket which would allow unlimited travel across all the city-region’s bus operators.

Speaking on the announcement, Burnham said, “Given the immense financial pressure the cost-of-living pressures are putting on the people of our city-region, I am announcing my intention to introduce these fares on 1 September this year, subject to agreement with Government and Bus Operators.”

The mayor is also asking residents of Greater Manchester to ditch their cars and take the bus instead. He says this is necessary to make the new fare structure sustainable in the long term. The government has provided funding to improve the bus service, but Burnham claims this has not been sufficient to cover the shortfall the network faced as a result of falling passenger numbers during the Covid-19 pandemic.

Burnham said, “My message to the people of our city-region is simple: Greater Manchester needs you. Use public transport and make the most of these affordable fares. Only you can make this sustainable. To make affordable and capped fares permanent, we need people to take the bus. We’re on an exciting journey and we need the whole of the city region to get behind it.”

Most local authorities in England don’t have the powers force fare caps on bus companies. That’s because only regions with a combined authority mayor – like Greater Manchester, West Yorkshire or the West Midlands – have been given the powers to bring their bus network into public control through a franchising system. Under the franchise system, buses are still run by private companies, but instead of being given free reign on their fares and routes, these can be regulated by the region’s mayor.

Burnham announced Greater Manchester’s buses would be brought under public control in March 2021. That followed a long-fought campaign from Better Buses for Greater Manchester. That group, was set up by anti-privatisation campaigners We Own It and pulled together a coalition of unions, environmental groups, anti-poverty organisations and faith communities.

The implementation of Burnham’s decision to bring the buses into public control has been delayed due to an ongoing legal challenge from the private bus companies. Instead of forcing the bus companies to cap fares, Burnham is instead planning to use funding that the government has indicated it will provide to Greater Manchester for its Bus Service Improvement Plan to implement the bus fare caps for an initial 12-month period.

Gary Nolan, Chief Executive of OneBus, the Greater Manchester Bus Operators Association, said, “This financial support to cap bus fares across the region will help do this and will benefit the bus network and passengers in the long run. We’re pleased to support it.”

Despite this support from the bus industry, campaigners have said Burnham has been forced to “water down” his initial plans due to the delays in bringing the buses into public control.

Matthew Topham, lead campaigner at We Own It, who also coordinates the Better Buses for West Yorkshire campaign said, “Burnham’s announcement today is an essential step to help passengers in the here and now. But he shouldn’t have been put in the position where he needs to water down his plans to make bus travel affordable, even if it is only temporary. This is a direct result of bus operators holding up his move towards a fully integrated, simplified, and affordable ticketing system.

“These latest plans, unlike those due to come in with public control next year, are not a hopper fare. That means if you need to change to a different bus company part way through a journey, you’ve got to pay again! And unlike with public control, if the buses take in more revenue in fares because of the public subsidising these fares it will be the private operators, not the public, who reap the rewards.”