With nationwide train strikes and byelection losses for the Tories, this week has been defined by activism for change. In his new film, Daniel Draper highlights the power and struggles of local activism and working class voices in politics. LFF caught up with the filmmaker to find out more. 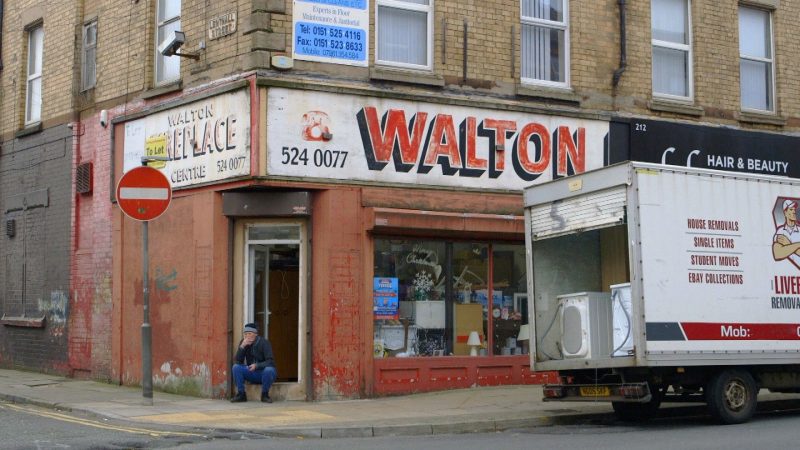 Creator of the Dennis Skinner documentary ‘Nature of the Beast’ and ‘Durham Miners Gala’, filmmaker Daniel Draper has returned to the screens with Manifesto, a moving portrayal of socialist Merseyside activists on the campaign trail in the 2019 general election.

The film is told from the Liverpool constituency of Walton, Draper’s hometown and the ‘safest Labour seat in the country.’ It follows the work of grassroot Labour Party activists and members, who are energised by the then Labour leader Jeremy Corbyn and his ‘for the many’ manifesto.

Left Foot Forward caught up with Daniel Draper to discuss inspiration for Manifesto, the role of community activism, the divergence between politics at a local and national level, and more.

What inspired you to make a documentary film about the Walton Constituency Labour Party?

In February 2019, the CLP organised a march to commemorate Robert Tressell (author of The Ragged Trousered Philanthropists) who lays buried in a pauper’s grave within the constituency. Banners and a brass band paraded through the streets of Walton – a mini Durham Miners’ Gala dedicated to the life and work of an author whose words have greatly inspired me. This event, along with the fact that I was brought up in the constituency, added to the urge to make a film about the safest Labour seat in the country.

Manifesto paints a picture of hope centred on community activism and collective action for real socialist change. Do you think local politics can be disconnected from Westminster? Do you think that spirited, principled and ‘safe’ constituency Labour parties like Walton’s can have influence in politics on a broader, national level, as well as locally?

This is perfectly summed up by Richard Burgon in our film: “Politics doesn’t just take place in Parliament… the struggle for our politics also takes place on the picket line, on the protest and in communities up and down the country.”

Community activism is politics from the coalface. It’s the frontline of austerity. The activists in our film don’t deal in stats or sound bites, but face-to-face with the consequences of Tory cuts – and all with a level of genuine care and optimism – humanity in a nutshell, for me.

It’s vital that the working-class are represented and visible across society. At least we now have some representation within politics. Community activism to Westminster is a natural progression, I suppose. However, I feel the appetite for genuine working-class voices within film is still some way off. I personally find it a very middle-class and exclusive club. Sure, there are working-class narratives, but how many of them come from within? As a student of cinema, I’ve discovered so much about cultures, languages and various struggles through film, so I believe it’s imperative we get to a place where the working-class can shape our own narratives.

The film looks at the hounding Jeremy Corbyn received in much of the media. How big a role do you think the press played in Corbyn’s downfall?

It’s worth nothing that Corbyn does not feature in the film. The activists in our film were very much in-tune with Corbyn’s manifesto and believed that it was the catalyst for change. However, when it comes to the press and Corbyn’s downfall, it’s undeniable. In some way, Liverpool being one of the targets of the establishment in the 1980s (Thatcher’s managed decline and the Hillsborough cover up) means we’re brought up with a healthy dose of scepticism when it comes to the media. The fact that they went for Jeremy Corbyn hammer-and-tong signifies what he stood for – change.

Why did Manifesto take so long – three years – to make?

Initially we thought we would be finished in December 2019 – and the film’s climax would coincide with a Labour victory. When that didn’t happen, we had to reassess.

Is the timing of the launch of the film deliberate?

Not at all. Ideally, we would’ve liked to release this film under more positive circumstances – a few of the activists have since been suspended from the Party – but I’m glad we are finally releasing the film as I believe it’s a testament to those years of hope between 2015 and 2019.

How do you personally feel about the direction of the Labour Party under Keir Starmer’s leadership?

To be diplomatic: disappointed. To go from Corbyn’s leadership, which galvanised and invigorated a whole new generation into politics, only to regress towards an identity that resembles something akin to New Labour, is not something I want to see as a Labour member.

What would your message be to local activists campaigning for real socialist change, or members of the Labour Party who may be feeling dejected about the current direction of the party?

Whilst capitalism reigns, the fight for socialist change will always be necessary. The Labour Party should be the vehicle for it, but the belief in changing society from the bottom up is the long, hard and good fight.

Can we expect to see any more films by Daniel Draper soon?

Yes. We’ve already started filming our next one, which we hope to complete later within the year. It’s not political, which is a welcome change to honest!

Manifesto was released in UK cinemas on June 17.