The PM’s comments for workers to accept pay cuts or UK faces 1970s-style ‘stagflation’, have been blasted as ‘nonsense.’ 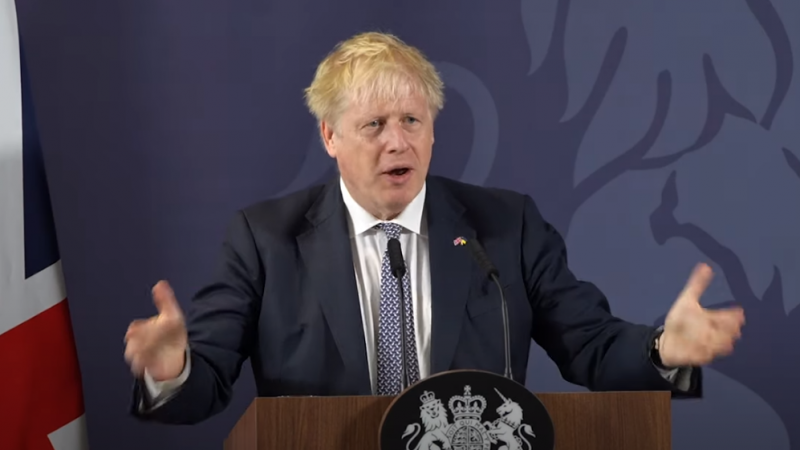 In a speech in Blackpool on June 9 – billed as a reset of his premiership following the bruising confidence vote in his leadership – the Prime Minister has promised a return to lowering taxes and cutting government spending.

In another startling U-turn on a promise made just months ago to create a high-wage economy, Johnson said the government should reject the “Covid mindset” that more state spending is the answer. He warned of a “wage-price spiral” if workers demand more pay to be compensated for rising prices, that could force the Bank of England to push up interest rates.

“We cannot fix the increase in the cost of living just by increasing wages to match the surge in prices.

“If wages continually chase the increase in prices, then we risk a wage-price spiral such as this country experienced in the 1970s. Stagflation – that is inflation combined with stagnant economic growth,” he said.

The comments were immediately jumped on by unions, with Paul Nowak, deputy general of the TUC, dismissing the calls to cut wages as “nonsense”, arguing that only pay rises can provide “financial security.”

“It hasn’t taken long for the prime minister to abandon his commitment to a high-wage economy.

“British workers are suffering the longest wage squeeze in more than 200 years. They urgently need more money in their pockets,” said Nowak.

The PM’s U-turn comes amid growing calls for the minimum wage to be increased to £15 an hour.

As the price of everything skyrockets, the cost of labour remains stagnant, meaning average pay in Britain is less in real terms than it was in 2008.

Amid the upheaval of a low-wage economy and a cost-of-living crisis, a new report by the Progressive Economy Forum (PEF) makes the case for a £15/hour minimum wage by 2024 to “compensate employees for a “lost decade” of wages.”

The research, compiled by James Meadway and Howard Reed for the PEF, confirms that introducing a £15 minimum wage is not only the right thing to do, but will be beneficial to the economy.

The report contends that the rise in wages would see the poorest 70% of households benefit from a 6.9% increase in their forecast incomes. It would also prove beneficial to the ‘levelling up’ agenda, with 33% of employees in London benefitting from the minimum pay increase, and 51% of workers in the north of England.

The authors argue that for the economy, the policy would raise an additional £32.7bn in taxation from income and National Insurance Contributions. Additionally, it would save the government £4.2bn on income-contingent benefits payments, and an overall £25.1bn improvement in the public finances.

A number of members of the opposition have shared their support of the move to increase the minimum wage to £15 an hour.

Writing on the subject in the Guardian, Nadia Wittome, Labour MP for Nottingham East, said: “There’s a simple way to fight the cost of living crisis, increase the minimum wage to £15 an hour.”

Referring to PES’s research, Whittome said: “After years of stagnant wages and now rapidly rising prices, a £15 an hour minimum wage has the potential to lift millions out of poverty. This research shows that it’s exactly the kind of bold policy intervention the government should be considering to help tackle the cost of living crisis.”

“This ground-breaking research shows that a significant rise in the minimum wage – rising to £15 an hour by 2024 – would give a real pay rise to nearly 14 million people, lifting families up and down Britain out of poverty.

“The Tories like to talk about ‘levelling-up’, but a £15 an hour national minimum wage by 2024 would actually do it.”

In September 2021, Labour members voted in favour of a £15 per hour minimum wage at the Party’s annual conference. Unite the union had put forward the motion calling for the minimum wage to increase to £15.

Noting the magnitude of the real term pay cuts in the UK, the Socialist Party, which is calling for an immediate increase of the minimum wage to £15 an hour, says that if wages had continued to rise at pre-2008 financial crash levels, we would be £13,000 better off by the mid-2020s, “so our living standards have been decreasing for years.”

When the minimum wage was introduced by Labour in 1999, it faced opposition from Tories over what it might do to the economy, with many arguing it would lead to job cuts.

With its successful implementation, and social and economic impact, in 2010, the minimum wage was named the most successful government policy of the past 30 years in a survey of British political experts.

Its introduction might have been ground-breaking, but since wages have languished and progress has been abruptly stalled.

Now, amid the biggest drop in living standards since 1956, calls are being made for bold action to stamp out wage stagnation.