As calls are made for scandal-hit P&O Ferries to be nationalised, Manchester is celebrating taking control of its public transport with the era of £4 single bus fares coming to an end. 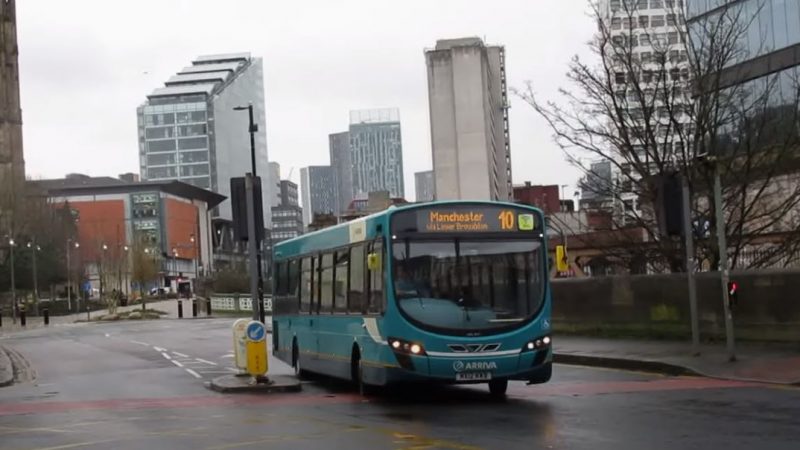 In its first announcement since its bus network was brought under public control, Manchester’s local authority has said fares are being capped at £2 for adults and £1 for children.

Under the new franchise model, fares, timetables and routes will be set by local authorities instead of private companies.

The plans for a reformed bus system were approved by the city’s mayor Andy Burnham in March 2021. However, the reforms were opposed, and on March 9 2022, the High Court dismissed a legal challenge instructed by bus operators Stagecoach and Rotala against the reforms put forward by the Greater Manchester Combined Authority. In light of the challenge being dismissed by the High Court, the operators said they were ‘disappointed’ by the outcome but would work with the authority.

Under a new franchise model, private bus companies may continue running services, but they will be regulated by the local authority.

A ‘green light’ for the north

Mayor of Manchester Andy Burnham described the ruling as a ‘green light’ for the north of England, which will see a return to a bus service based around people instead of profit.

The historic ruling means that Greater Manchester is the first region outside London since the 1980s to have a regulated bus system.

Testimony to how the publicly controlled system will prioritise people not profit, was this week’s announcement that bus fares in Greater Manchester will not cost more than £2 a journey.

Currently, the people of Greater Manchester have to pay as much as £4 for a single fare.

“The era of people paying £4 or more for a single journey is coming to an end.”

“We will make travelling by public transport more appealing, easier and, significantly, put people before profits.”

The ‘London-style’ buses with lower costs and simplified fares is a vision of the Bee Network, which extends the system’s reach across northern boroughs like Bury and Bolton. These northern boroughs, including Wigan, Bolton, and parts of Salford, will have the Bee Network-branded buses from autumn 2023. By the end of 2024, all 10 Greater Manchester districts will be joining the network.

Subject to government agreement, the bus network extension will be supported by an initial £1.2 billion five-year programme of investment, with £438 million be dedicated to improving buses, routes, and services.

Vernon Everitt, the mayor’s new Transport Commissioner, said: “It is a privilege to be given the responsibility to help write the next chapter of Greater Manchester’s ambitious and truly transformational transport story. The Bee Network vision sets out a compelling plan for better transport and I will bring all my experience to the table to ensure we deliver it.

“Our integrated transport network will unlock access to opportunity and public services, and drive reduced carbon emissions and improved wellbeing, benefitting everyone who lives, works or visits here. I look forward to working with the mayor, councils, transport operators and people across Greater Manchester to deliver a world class public transport system.”

For bus users in the Manchester region, the price cap on fares is welcome news. As Chris Stainton, who travels by bus to work in Stockport each day told LFF: “With costs going up for practically everything, cheaper fares will definitely help those of us who regularly use buses.

“If only they’d put energy in public ownership too.”