As the UK prepares to deport the first asylum seekers to Rwanda, over half of those likely to be deported are revealed to be Kurdish. 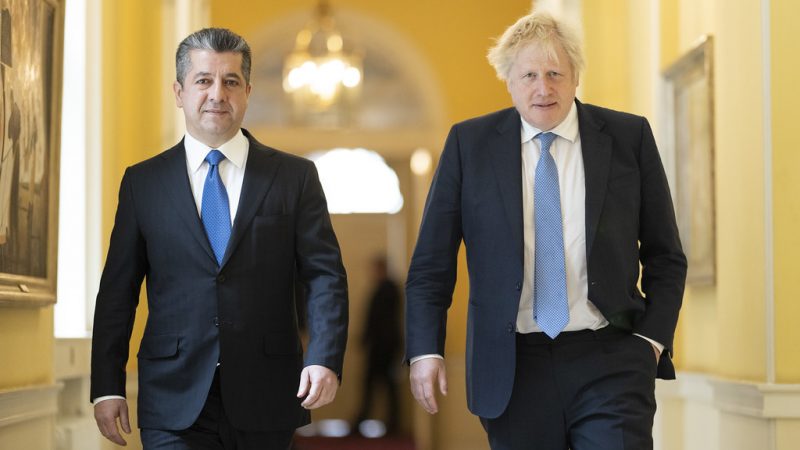 According to BBC Persian reporter Parham Ghobadi, four of the seven asylum seekers at detention centres in London who are due to be deported to Rwanda are Kurds. Two of the three Iranian detainees are Kurdish, as well as another two from Iraq, out of seven people due to be deported.

Over the past few years, increasing numbers of Kurds, especially from Iraq, have been leaving their homeland, disillusioned at the corruption and misrule of the two rival families who control politics in the Kurdistan Region of Iraq – the Barzani and Talabani clans. Other causes, including climate change, and the failure of an independence referendum in 2017, have also contributed to a sense of hopelessness and stagnation among Kurdish youth.

When I lived in Istanbul in 2014-15, I met a Syrian Kurdish refugee who had studied English translation at university. He loved Britain, and he wanted to come to the UK to finish his studies. In 2015 he crossed by boat to Greece, and was considering also crossing the English channel to get to the UK. I advised him to stay in Germany, where it was safer, and the state was less hostile to refugees.

Given Britain’s history of selling out the Kurds, I’m somewhat surprised when they still like us. First, Britain promised them a state at the end of the First World War, then occupied Iraq and bombed them when they rebelled (Churchill recommended using poison gas on “uncivilised tribes”). After the Gulf War, the UK encouraged them to rebel against Saddam, then invaded again in 2003, creating the conditions for ISIS and the current economic instability in the Kurdistan region.

In the last 10 years, about 77% of asylum applications made by people from Iraq have been rejected by the British government, according to data analysed by Action on Armed Violence. Yet this will not stop people who have no dignity or prospects left in Iraq from attempting to seek asylum in the UK.

In November last year, many of the 27 people who drowned when their boat sank in the channel were Kurdish, including Baran Nouri Hamadami, who was trying to join her husband who had already arrived in the UK. UK Prime Minister Boris Johnson held talks with the Kurdistan Region of Iraq’s president Nechirvan Barzani at Downing Street earlier this year.

Now the government’s threats to deport asylum seekers to Rwanda is re-traumatising Kurdish asylum seekers who have already reached the UK, who fear that they will be deported to Rwanda if their applications are unsuccessful. A number of Iraqi Kurds who Al-Jazeera spoke to at the end of 2021 said they “would rather die trying again than stay in the Kurdish region”.

At the end of May 2022 the UK cancelled a flight that was due to return 30 failed Kurdish asylum seekers to Iraq.

Among the asylum seekers due to be deported are an Iraqi Kurd and an Iranian who are under threat from their own governments. Iranian groups in the UK have written to Home Secretary Priti Patel to try to stop the deportation of the former Iranian policeman who fled after disobeying orders to shoot protesters in 2019.

Another Iraqi due to be deported today says he worked as a translator for UK and US forces in Iraq.

Britain, having occupied Iraq and parts of Kurdistan twice in the past 100 years, should have a historical obligation towards the Kurds. When it needs them, Britain is happy to use them as a fighting force against Saddam or ISIS, as translators and allies. Yet when they flee as refugees to the UK, where they often already have family members, the British government shuts the door.

It is madness to spend thousands of pounds deporting asylum seekers all the way to Rwanda at a time when there are 1.3 million vacant jobs in the UK, when it would be far cheaper to let asylum seekers stay and work. According to the Guardian, the cost of deporting 8 people on one flight may reach £500,000. With added processing costs of around £30,000 per person, the total cost per asylum seeker could be almost £100,000, compared to £12,500 for processing a refugee in the UK.

Given this waste of money, it is ridiculous for the Conservatives to continue to say that immigration is to blame for NHS waiting lists and the lack of affordable housing, as Tory MP Tom Hunt tried to do today.

Many people who arrive in the UK as refugees grow up to be doctors, teachers, and other public servants, precisely because they want to give back to the country which took them in. I know because I lived with a family of refugees for a few years when I was a child, and a number of the family’s children are now doctors.

All this government has left now is scapegoating minorities for problems it created. And who is a more powerless and voiceless group than people who have just risked everything to claim asylum in the UK?

It is time for the Tories to take some responsibility for the institutional collapse of Britain which it brought about by years of austerity policies, the legalised tax evasion of corporations and billionaires, and its belief that the state should provide as little public services as possible.

The Kurds, and other historically disenfranchised groups, deserve better than this. It is not their fault that there are no prospects in Iraq, and that they are a persecuted minority in Iran. The least Britain could do is allow them the chance to rebuild their lives in a country where many have relatives and already speak English.