"He is defending the 7% of people who go to private schools, who are going to have a brilliant world of opportunities available to them, but failing to stand up for the 93% who do not.” 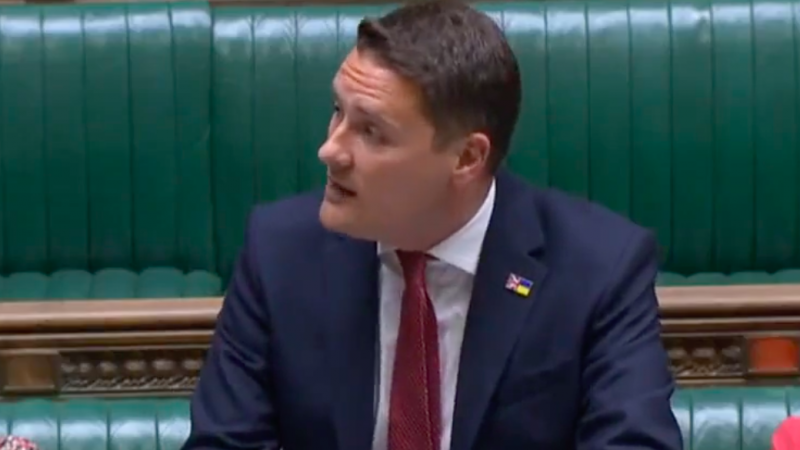 Wes Streeting has taken apart education secretary Nadhim Zahawi’s claim that Britain should not ’tilt the system’ to increase the number of state pupils admitted to elite universities.

Streeting, who himself received free school meals and was educated at a state school before going to study at the University of Cambridge, accused Zahawi of defending the interests of the privileged few.

Speaking during a debate in the Commons earlier this week, Streeting said: “Britain deserves better. We need a Government who understand what life is like for most people in this country.

“If we had such a Government, we would not have the Education Secretary talking about tipping the balance in favour of private schools. Who is he trying to kid? He is defending the 7% of people who go to private schools, who are going to have a brilliant world of opportunities available to them, but failing to stand up for the 93% who do not.”

Streeting then went on to talk about his own personal experience. He added: “Let me tell him about tipping the balance, as someone who received free school meals, went through the state education system and made it to Cambridge University.

“I was one of just 1% of kids on free school meals to make it to Cambridge University, and I am proud that I got there, but do not tell kids from state schools who are making it now, and who are finally being judged on their merits, that the system has been tilted in their favour. Those kids know full well from their life experience, from their childhood and from growing up under a Conservative Government that his party and his colleagues have done everything they can to tilt the balance in favour of people like him, from backgrounds like their, at the expense of people from backgrounds like mine. That is the truth.”

Streetings remarks came after Zahawi initially said that Britain should be “very proud” of its private school system, after columns in the likes of the Times and Telegraph bemoaned attempts by universities such as Oxford and Cambridge to broaden their state school intake.

Zahawi said the country should not “tilt the system” to ensure more pupils from state schools attend universities such as Oxford and Cambridge, and should instead focus on delivering “outstanding” education.

Urging state schools to do better, while denying them the resources and slashing their funding, the basic position of Tory education secretaries who want to ‘level up’.

Zahawi would also do well to remember that under the last 12 years of Tory rule, education budgets have been slashed, with the IFS reporting that the average private school pupil had £6,500 – or 91.5% more – spent on them during the 2020-2021 academic year than the average peer at a state school.

Meanwhile, the most deprived secondary schools in England saw a 14% real-terms fall in spending per pupil between 2009–10 and 2019–20, compared with a 9% drop for the least deprived schools. That’s not levelling up, nor is it a level playing field and nor are we a meritocracy.