Andy Burnham says the privatisation of public transport has failed. 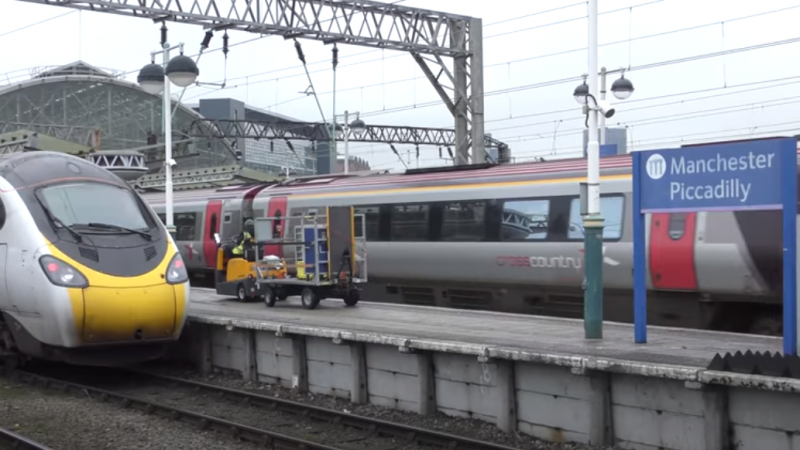 The race to put public transport in Manchester under local control has moved up a gear, with the Greater Manchester mayor calling for the nationalisation and then regional devolution of railways, while putting his support behind a union campaign which demands greater investment in rail to improve services.

The campaign is run by ASLEF, the trade union for train drivers. Citing the importance of rail travel in tackling the climate crisis, the union launched the ‘Invest in Rail’ campaign in January, calling for more investment in rail infrastructure, improved train services, and a railway network designed for the future.

Speaking at an ASLEF event in Manchester on May 11, the Labour mayor said: “As far as I’m concerned, we need to go towards full nationalisation and then regional devolution. That has got to be our call – invest in this industry.

Burnham has described Manchester city centre’s five train stations as “embarrassing”, citing accessibility issues at Oxford Road station and Salford Central as “dangerous” because of large gaps between the platforms and trains. The mayor warned that if the government failed to invest in the central stations urgently, he will demand Manchester’s stations are handed over in forthcoming devolution talks.

Burnham has also called for all 98 train stations in Greater Manchester to be brought under local control.

Fresh legal challenge over the devolution of Manchester buses

The mayor’s latest appeal to nationalise public transport in Manchester follow last month’s ruling that buses in Manchester could be brought back under public control, for the first time since the 1980s.

However, a fresh legal challenge has been launched by bus operator, Rotala, which won the right to appeal the decision to reform the bus system across Greater Manchester and put it in public control.

Andy Burnham hit back at the challenge, saying he still plans to ‘press ahead’ with his major bus reforms that will see the first franchised bus services start from next year.

“Our plans have high levels of public support, and we will vigorously contest this appeal.

“We plan to press ahead with our plans to ensure the first franchised services are in place by the 17 September next year and across the whole of the city region by the end of 2024,” said the Greater Manchester mayor.

In an interview with LBC following the announcement of plans to renationalise buses in Greater Manchester by 2023, Burnham said the cost-of-living crisis is testimony that drastic action is required to renationalise public transport and other services, saying: “The mantra that Labour bought too much into in the past that the market solves everything, it really doesn’t.

“People can see clearly now that these things we were sold have not delivered affordable public transport or secure public housing for people.

In relation to mass privatisation, the mayor of Manchester insists that “the economics of transport are just fundamentally in the wrong place.”