The mine, if its development continues, will be the latest in a series of misguided policies. 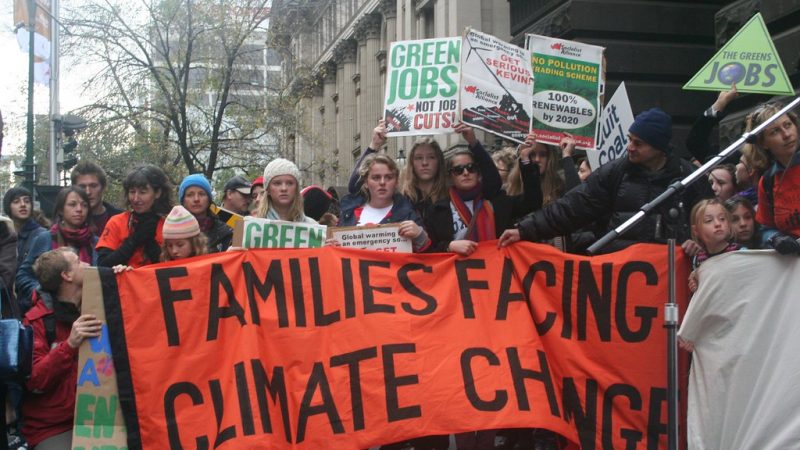 Tom Perrett is a freelance journalist and researcher who mainly covers climate change and energy policy. His work has appeared in Byline Times, Current Affairs, The Ecologist and DeSmog

During the COP26 conference in Glasgow last November, the Prime Minister was criticised by BBC climate editor John Rowlatt over plans to develop a coking coal mine in Cumbria. Johnson, who responded “I’m not in favour of more coal, let’s be absolutely clear,” had pledged to pressure world leaders over “coal, cars, cash and trees,” at the conference, stating that “we can end the use of coal-fired power stations,” and that “richer nations can do it by 2030”.

Yet according to recent reports, the government is “on the cusp” of reopening the mine, partly in response to rising energy prices owing to the war in Ukraine. Housing secretary Michael Gove is understood to be supportive of the mine’s development, as a planning inquiry from West Cumbria Mining states that “the Public Inquiry comes as a result of the Secretary of State’s decision to ‘call-in’ the application”. He is expected to make a final decision by July.

Chief Executives of 14 of the leading environmental organisations, charities and NGOs, including Friends of the Earth and E3G, have written a letter urging Gove to reject plans for the mine. Tony Bosworth, energy campaigner at Friends of the Earth, described the plans as “moral and economic madness,” adding: “Areas such as West Cumbria should be at the forefront of the green economy, we so urgently need an energy policy based on energy efficiency and cheap homegrown renewables could provide hundreds of jobs for local people”.

This follows other government measures which threaten to undermine its legally binding net zero target; the government is reportedly also considering a reversal of the moratorium on fracking, as spiralling energy costs recently prompted business secretary Kwasi Kwarteng to commission a review into the environmental and health damage caused by the controversial procedure. In light of an IPCC report which called for “rapid and deep reductions in energy system CO2 and GHG emissions,” advocating “decommissioning and reduced utilisation of existing fossil fuel installations in the power sector as well as cancellation of new installations,” the government’s decisions have compromised the country’s credibility as a world leader on climate action.

Supporters of the mine’s development have asserted that domestic coal supply is necessary at a time of significant energy price volatility. The government has issued sanctions on Russian energy imports, but as Britain currently imports 40% of its coking coal from Russia, finding replacement sources has proved challenging. However, despite support for the measure by Tory MP for Copeland Trudy Harrison, who told Sky News that failure to develop the mine would “only serve to increase dependence on overseas coke,” it is widely acknowledged that it would be ineffective in securing national energy independence.

MacDonald continued: “I think it’s important to be clear that even if this mine opened tomorrow, it would not displace a single tonne of Russian coking coal from the UK – and I can say that with confidence,” adding: “Tata Steel already does not use any Russian coking coal. British Steel have said they can’t use the coal from Cumbria”.

According to recent analysis carried out by Friends of the Earth, steel makers across Europe are choosing to employ more environmentally sustainable methods of production, rendering coking coal nearly obsolete. The report found that West Cumbria Mining would only send 13% of its coal to the UK market, where one of its two main recipients, British Steel, would likely have no use for it owing to its high sulphur content.

The implementation of the EU’s ‘Fit for 55,’ programme, designed to enable a 55% reduction in carbon emissions by 2030, will likely mean that few export markets will be available to West Cumbria Mining. Traditional blast furnaces are rapidly becoming obsolete, as an estimated 74% of them will require reinvestment by 2030. Friends of the Earth’s report stated that “the market for coking coal in the EU will decline significantly by the end of the decade,” adding: “if, as seems likely, the trend of current developments continues, the market will decline further by the mid-2030s”.

The Cumbria mine has attracted widespread opposition from environmental campaigners and charities since the project commenced. Even Dr. Neil Hudson, Conservative MP for Copeland, withdrew his support for the mine back in September last year, calling on the government to focus on expanding renewable energy sources.

In a statement, Dr. Hudson argued that “the publication this month of the IPCC report makes stark reading and we need to act collectively as a world to fight climate change,” adding: “Accordingly, with these developments and the changes in circumstances in mind, on reflection I do not think we should be progressing with new coal exploration, even for coking coal.“ Citing an IPCC report which referred to climate change – induced extreme weather as a “code red for humanity,” Dr. Hudson stated: “With our leadership of the Cop26 we have a real opportunity to set an example to the world if we do this.”

Disputing the popularity of the mine among local residents, Dr. Hudson said: “From a constituency viewpoint I can also confirm that the vast majority of constituents who have contacted me about the mine are against the project going ahead, suggesting a lack of support from this area”.

Back in 2020, a report from think tank The Green Alliance concluded that the mine would significantly damage the country’s ability to meet climate change targets, emitting 8.4 million tonnes of CO2 annually until 2049. The government’s environmental advisory body, the Climate Change Committee (CCC) contended that the mine would have an “appreciable impact” on the country’s carbon emissions, stating that: “It is not the CCC’s role to act as a regulator or a planning authority, but we would urge you to consider further the UK’s policy towards all new coal developments, for whatever purpose”.

Even US Climate envoy John Kerry was compelled to warn the government over the environmental implications of the mine, telling BBC Newsnight that “the marketplace has made a decision that coal is not the future” following talks with UK government ministers.

The Cumbria mine is a relic of an outdated era. Unlikely to either reduce energy dependence on Russia or to create the jobs and opportunities which could be accomplished by renewable energy sources, which are rapidly declining in cost, the mine relies on antiquated production methods which have given way to the use of green hydrogen within the steel industry.

Having faced widespread opposition from environmental organisations and Conservative MPs alike, the mine, if its development continues, will be the latest in a series of misguided policies which have demonstrated the government’s lack of commitment to carbon neutrality.