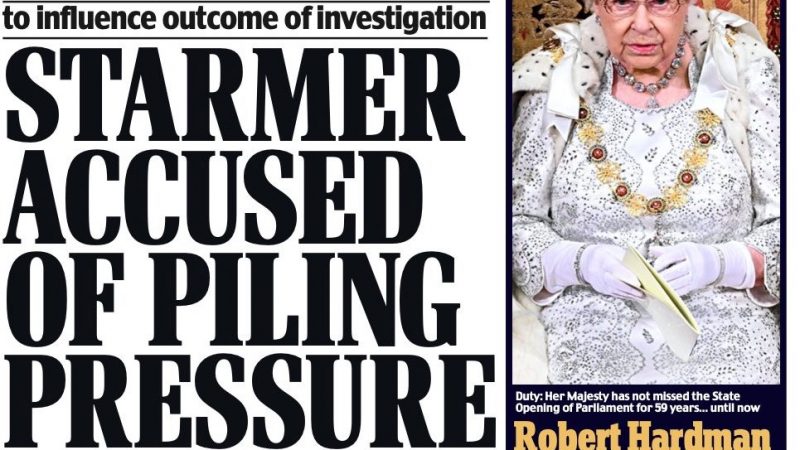 The Daily Mail has been ridiculed for its latest front-page attack on Keir Stamer which has led to the paper being slammed for its ‘grotesque hypocrisy’.

After Labour leader Sir Keir Starmer pledged to resign if he is fined for breaching Covid rules by taking part in a gathering in Durham last year, the Daily Mail ran a front page in reaction with the headline: “Starmer accused of piling pressure on police’.

The Daily Mail has even kept a daily count on the beergate saga on its front pages dedicated to demanding an investigation and calling for Starmer to resign.

Except, now that the Labour leader has committed to doing just that if he is issued with a fixed penalty notice, the Daily Mail thinks it amounts to pressuring the police.

As Owen Jones tweeted: “The Daily Mail believe that ‘Partygate’ is an absurd distraction, but that ‘Beergate’ deserves 13 days of front page coverage.

“The Daily Mail also believe Starmer should resign if he’s fined, but think it’s pressuring the police to say he’ll resign if fined.

Fleet Street Fox tweeted in response to the Mail’s headline: “From the paper that’s been ringing the police saying “WELL?” for a fortnight.”

Daily Mirror associate editor Kevin Maguire tweeted: “Starmer could donate a kidney to save a life and the Mail would scream he kept one for himself”, while Liam Thorp tweeted: “It’s the consistency that you just have to admire”.