Murdoch's new TV channel launches next week, and its star host Piers Morgan is already whipping up controversy with his Trump interview. 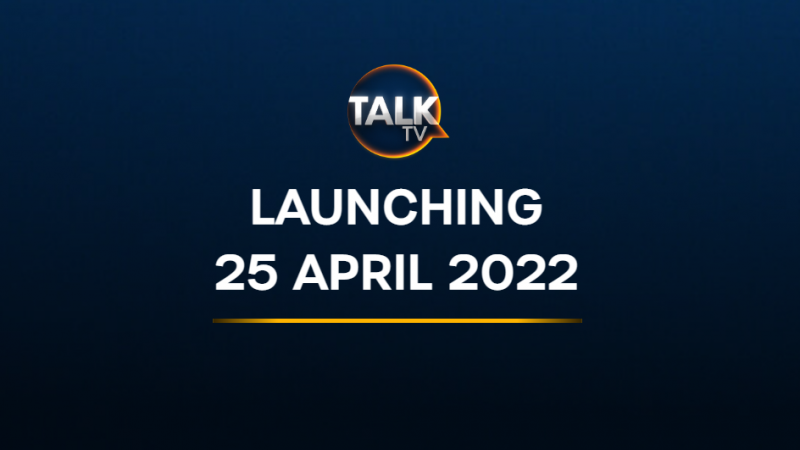 TalkTV, the new channel launched by Rupert Murdoch’s News UK next monday, is already generating controversy before its launch, with a trailer appearing to show that Donald Trump cut short an interview with the channel’s key presenter Piers Morgan.

The interview was also promoted on the front page of Thursday’s Sun newspaper, giving the channel’s launch more publicity. The channel is intended to promote voices from News UK’s other media platforms like The Sun, Times, and TalkRadio, rather than seeking to emulate Murdoch’s Fox News channel in the US.

The launch of TalkTV on April 25 will be a re-entry of Murdoch’s News UK into the television news market after the company sold its stake in Sky News in 2018.

The channel has signed presenters including Tom Newton Dunn and Sharon Osborne to front its evening programmes, while its daytime content will mostly be made up of presenters from the channel’s previous incarnation, TalkRadio. These presenters include Julia Hartley-Brewer, Mike Graham, Ian Collins and Jeremy Kyle.

Press Gazette reported that “It will use talent and programming from across News UK including the Sun, Times, Sunday Times, Times Radio, Talkradio, Talksport and Virgin Radio to air a mixture of new shows and televised content from these brands.”

Piers Morgan has reportedly signed a huge deal with the channel to broadcast his primetime show on TalkTV as well as Fox News in the US and Sky News Australia. The controversial presenter “will also write columns for The Sun and New York Post, host true crime documentaries, and publish his next book through Murdoch’s HarperCollins.”

According to The Drum, “Piers Morgan has been ‘on tour’ in Australia and New York, re-sharpening his TV skills ahead of the biggest moment in his career. He flew into Sydney on a Murdoch family private jet and held forth from Australian breakfast show sofas.”

Tom Newton Dunn was previously the political editor of the Sun, and hosted a show on the other Murdoch radio station Times Radio. While at the Sun, Newton Dunn published an article claiming that Jeremy Corbyn was at the centre of a “network of hard left extremists” which was deleted after criticism that the article had sourced some of its claims from extreme right wing websites like Aryan Unity.

Newton Dunn will host TalkTV’s “flagship news programme”, The News Desk, at 7pm every weeknight, competing directly with Nigel Farage’s slot on GB News. TalkTV recently released images of the studio Piers Morgan is due to broadcast from, and is confident that it can have a more professional launch than GB News, which was dogged by technical problems at its start.

The bespoke TalkTV studio in Ealing has reportedly been designed by “Emmy-winning designer Jim Fenhagen, who made the backdrops for The Late Show with Stephen Colbert and The Daily Show with Jon Stewart, not to mention Morgan’s chat show at CNN.”

A diversity of views?

The only left wing broadcaster so far announced to be appearing on the channel is Tribune Magazine’s Grace Blakeley, who explained that while she knew the decision would divide opinion on the Left, “print, broadcast and social media are infrastructures the left has little choice other than to engage with”, and that if she “hadn’t chosen to appear, it wouldn’t have harmed News UK. I’d have been replaced with a liberal.”

Scott Taunton, president of broadcasting at News UK told The Drum that “When you hear the list of names we have coming you won’t be able to point to it and say this is a station that is coming from an ideological position. This is a station that has a broad church of presenters and talent and expects to gain a broad church of consumers who come to watch it in its various forms.”

GB News also said it would platform a variety of views, but has been defined by right wing presenters like Nigel Farage, and a continuous obsession with ‘culture war’ issues.

The channel will be an interesting test of whether content that has worked well on digital platforms and social media can also make a successful television channel. Over the past few years, radio stations like LBC and TalkRadio have had increasing success on platforms like YouTube.

Following his interview with Piers Morgan, Donald Trump hit out at the presenter, saying the trailer for the interview was deceptively edited to make it seem like he had walked out. He said Morgan was part of the “Fake News Media” and “a fool”.

In a statement about his new programme, Morgan said: “I’m delighted to now be returning to live television with a new daily show whose main purpose is to cancel the Cancel Culture which has infected societies around the world.”

“I want it to be a platform for lively vigorous debate, news-making interviews, and that increasingly taboo three-letter word: fun. I also want it to annoy all the right people.”

Following the Trump-Morgan interview, presenters on US news channel MSNBC said that “Rupert Murdoch and his family are trying to “destroy the monster” they created by ambushing Donald Trump with a hostile interview with his erstwhile friend Piers Morgan”, according to Raw Story.

“The Murdochs are quietly — not so quietly moving closer and closer to [Florida Gov. Ron] DeSantis. People close to them know that they’re ready to throw it all behind Ron DeSantis. They’re ready to move on from Trump”.

It will be interesting to see whether the Murdoch media machine has had enough of Boris Johnson yet, but with the launch of their new channel, it can’t be long until we find out the answer.