The MP for Bridgend has issued a statement in which they revealed they had been diagnosed with gender dysphoria. 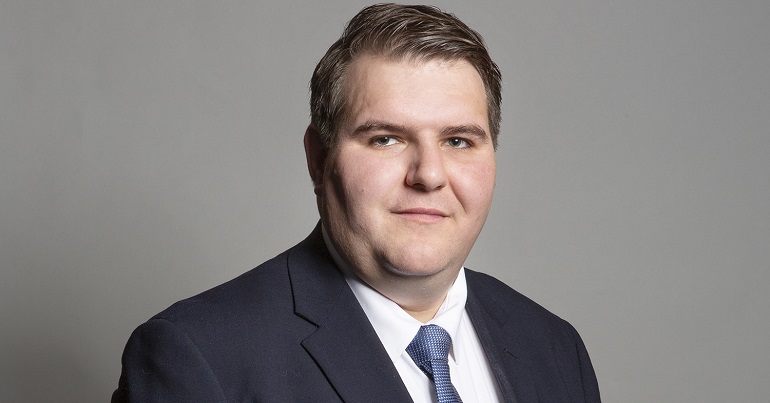 Tory MP Jamie Wallis has become the UK’s first member of parliament to come out publicly as transgender.

Wallis – the MP for Bridgend – issued a statement on 30 March in which he revealed he had been diagnosed with gender dysphoria. Wallis said, “I’m trans. Or to be more accurate, I want to be. I’ve been diagnosed with gender dysphoria and I’ve felt this way since I was a very young child. I had no intention of ever sharing this with you. I always imagined I would leave politics well before I ever said this out loud.”

Wallis went on to explain that he had been outed to their father and been blackmailed by somebody who sought money to not reveal Wallis’ identity. The statement read, “There was a close call in April 2020 when someone Blackmailed me, outed me to my father and sent photographs to other family members. He wanted £50,000 to keep quiet. The police were so supportive, so understanding and on this occasion the system worked. He pled guilty and was sentenced to 2yrs and 9mnths in prison.”

The House of Commons has had out LGBT+ representatives since the 1970s. Maureen Colquhoun – who represented Northampton North from 1974-1979 for Labour was the first out lesbian MP. Chris Smith – the former Labour MP for Islington South and Finsbury – became the first male MP to come out as gay in 1984. Despite a number of out trans candidates standing in general elections, none have been elected. Wallis has therefore become the first sitting MP to come out as trans.

Wallis’ announcement comes at a time of increasing public hostility towards trans people and a toxic public debate surrounding trans rights. On March 29, Prime Minister Boris Johnson joked about the Labour Party’s position on trans rights at a dinner of Conservative MPs, saying “Good evening ladies and gentleman, or as Keir Starmer would put it, people who are assigned female or male at birth.” Johnson has since Tweeted, “Sharing this very intimate story would have taken an immense amount of courage. Thank you @JamieWallisMP for your bravery, which will undoubtedly support others. The Conservative Party I lead will always give you, and everyone else, the love and support you need to be yourself.”

There has nevertheless been an outpouring of support for Wallis from across party lines. SNP MP Hannah Bardell said, Wallis’ decision to come out publicly was an “incredibly brave thing to do”. Labour MP Nadia Whittome said, “This is an incredibly brave statement. I sincerely hope it is met with love and empathy in the media and Westminster.” Liberal Democrat MP Layla Moran, “This morning Parliament discovered that we have an MP who has gender dysphoria and wants to be trans. It’s a historic moment and reminds us that in all walks of life there may be people we don’t even know about who need our support. Be kind – you never know who needs it.”