'Saying we are not going to rely on Russia and then going to Saudi Arabia is not an energy strategy.' 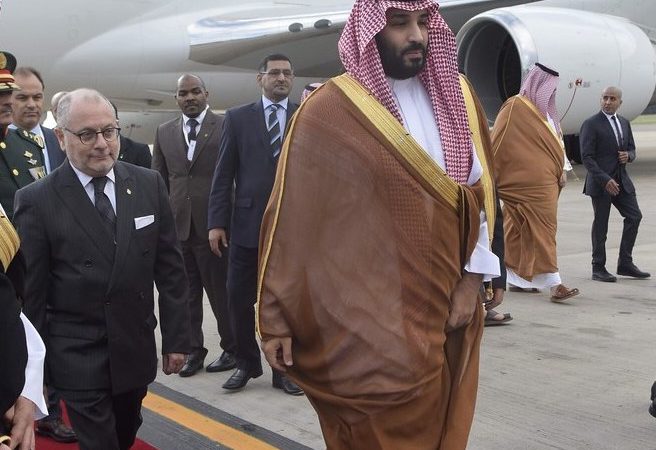 Labour leader Keir Starmer has criticised Boris Johnson for going “cap in hand from dictator to dictator” to beg for help, as the prime minister arrives in Saudi Arabia to plead for an increase in oil production amid soaring energy bills.

Johnson is visiting Riyadh today, following a trip to the UAE, as he attempts to secure an increase in oil production as well as major investment in green energy. The prime minister’s visit comes amid a cost of living crisis caused by soaring energy prices, with the UK and other EU leaders looking to move away from a reliance on Russian energy and gas following Putin’s invasion of Ukraine.

However, Johnson is facing criticism from turning from one dictator to another to shore up the UK’s energy security. Saudi Crown Prince Mohammed bin Salman was personally responsible for ordering the murder and dismemberment of journalist Jamal Khashoggi.

The kingdom also carried out 81 executions this weekend and is currently engaged in a brutal bombing campaign in Yemen, where alleged war crimes have taken place.

Although the Labour leader said the prime minister was right to explore ways in which to cut people’s energy bills, the visit to Saudi Arabia would not have been necessary had there been a more effective strategy in place.

Ed Miliband also criticised Johnson, saying: “It is a sign of our vulnerability and energy insecurity as a country that the prime minister is going to Saudi Arabia to seek an increase in oil production, despite the appalling human rights record of the regime.”

Labour MP Tulip Siddiq told LBC’s Nick Ferrari: “We need to get people’s energy bills down and we’re not going to oppose something that does that but I would say going cap in hand from dictator to dictator is not an energy strategy.”