'As a Member of Parliament for more than 30 years, one of the biggest parts of my case load is housing and housing disrepair.' 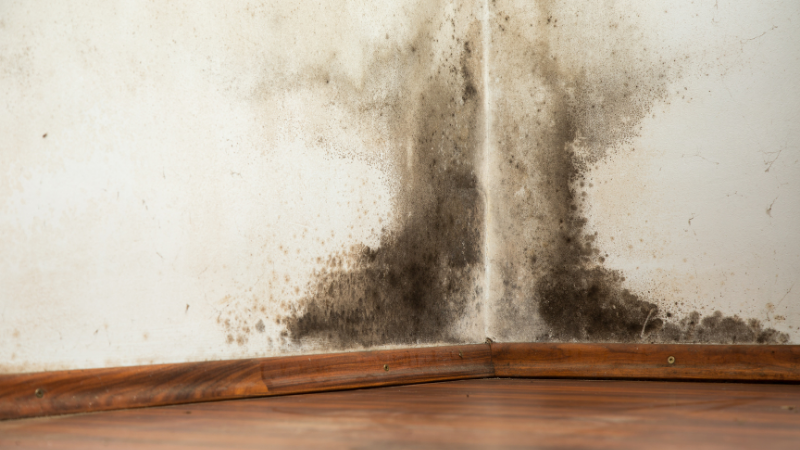 There is a terrible crisis in relation to housing in this country. Recently in parliament I raised this general question and a specific case in my constituency.

These are the terrible housing conditions that have been endured for too long by the residents of Evelyn Court on Amherst Road.

This block is run and managed by the Industrial Dwellings Society housing association. One can see that it would have once been a very nice estate and a pleasant place to live, but when I visited it several times recently and residents kindly invited me into their flats, I was shocked by what I saw.

Despite every effort to keep them nicely, their flats are disfigured by chronic disrepair problems because the housing association had let them down and repeatedly broken promises.

I saw dreadful mould, water leaking in and rising damp. Tenants also told me about blockages in their drainage system and insect infestations. Among the insects that they had had to deal with in large numbers were ants, spiders and slugs.

All of these are causing serious health problems for tenants and their children, including nausea, coughs, colds and chronic asthma. The conditions in Evelyn Court are completely unacceptable and the Industrial Dwellings Society should be ashamed of itself for leaving its tenants in that state.

Similar problems arise with other constituency case work. These include another housing association tenant who has a leaking roof, rising damp, slugs, an infestation of drain flies, continually blocked drains, sewage spilling out into the garden and from the sink, and a shower that has been broken for three years! Another is living in a flat with no working toilet, no gas, a leaking roof and an insect infestation.

Council tenants are not immune. There is one who has been without gas and hot water since 15 December and whose bathroom is in a state of disrepair. Another is in a property with severe mould and raw sewage outside her flat from a drain that has been blocked for six months.

The private sector as a whole has the worst housing disrepair and more than 1.1 million homes in the sector—fully one quarter—do not meet the decent homes standard.

Housing disrepair is endemic. There are several reasons. There is a lack of funding from the Government generally. It is right to put the responsibility for fire safety and net zero carbon emissions on to housing associations but there is no funding. It would take £15 billion to deal with fire safety issues in London alone.

The call centres dealing with tenants who need repairs are often remote in every sense.

The regulators, including the Regulator of Social Housing and the housing ombudsman, are the Government’s responsibility, but they do not have sufficient powers. They can only deal with the process, not individual cases, and they are not able to impose fines big enough to be a real deterrent.

The Department for Levelling Up, Housing and Communities promised a White Paper on this sector in autumn 2021, and it has still not appeared—it is now promised for some time in 2022.

The Homes (Fitness for Human Habitation) Act 2018 requires private sector landlords to ensure that their properties are fit for human habitation at the beginning of a tenancy and throughout.

But it is unknown how many cases have been brought under this Act, or how many of those cases have been successful. It is unclear how much money has been allocated to local authorities to enforce the decent homes standards.

As a Member of Parliament for more than 30 years, one of the biggest parts of my case load is housing and housing disrepair. The Government has a role to play in ensuring that tenants have these addressed according to existing legislation and according to the needs of tenants. This is an acid test of how much they really care about tenants.