New guidance on 'political impartiality' has been criticised for seeking to chill discussion of political subjects. 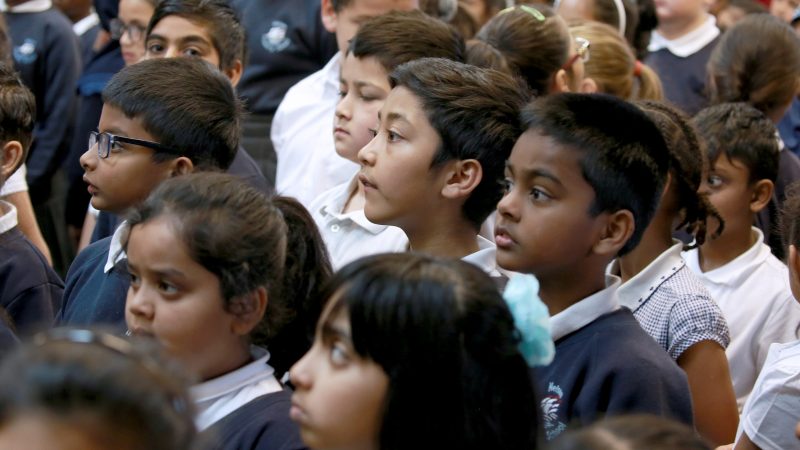 On February 17, the UK government released a report on ‘Political Impartiality in Schools’. The document effectively tells teachers how they should talk about ‘sensitive issues in the classroom in a politically impartial way’.

Leaving aside the fact that it is not possible to be politically impartial, the guidance has some disturbing aspects which seek to neuter teachers and suppress real discussion about topics like the British Empire, Black Lives Matter, and the Israel-Palestine conflict.

The government’s former mental health champion, Natasha Devon, likened the new rules to Section 28, which banned the ‘promotion’ of homosexuality by teachers. She told The Guardian that the rules “will harm minority students by taking away their space to explore issues like race and social justice”.

Schools Minister Nadhim Zahahawi says in the report that “parents and carers want to be sure that their children can learn about political issues and begin to form their own independent opinions, without being influenced by the personal views of those teaching them.”

The document reminds teachers of their legal duty to be impartial. The law prohibits the “promotion of partisan political views” and says teachers “should take steps to ensure the balanced presentation of opposing views”. Partisan views are those which seek to “further the interests of a particular partisan group, change the law or change government policy”.

This leads to some strange ideas about what is ‘political’. For example, while teaching that climate change is caused by human activity is not political, offering solutions to this issue is.

The report also singles out the Black Lives Matter movement, saying “Where schools wish to teach about specific campaigning organisations, such as some of those associated with the Black Lives Matter movement, they should be aware that this may cover partisan political views. These are views which go beyond the basic shared principle that racism is unacceptable, which is a view schools should reinforce. Examples of such partisan political views include advocating specific views on how government resources should be used to address social issues, including withdrawing funding from the police.”

Teachers unions told The Guardian that the rules were confusing and would discourage teachers from addressing sensitive political topics. The guidance was however welcomed by some Gender Critical campaigners, who want teachers to have to put forward their views on trans rights as well as those of LGBT+ organisations.

This new guidance seems to form part of a general desire by the culture war wing of the Conservative Party to intervene in the education system because they perceive some teachers to be too ‘ideological’. Last week, right wing media attacked Welbeck Primary School in Nottingham who showed students a report about the Partygate scandal and asked them to write a letter about it.

The school was accused of indoctrinating pupils by showing them a news report, with unsubstantiated claims that the pupils had been told to write a critical letter to the government. Nadhim Zahawi said the school was “encouraging young people to pin their colours to a political mast.””

The government is also proposing the Higher Education (Freedom of Speech) Bill, which aims to stop no-platforming and allow academics to promote controversial views without consequences for their careers. Chloe Harris of Withers law firm says that, “Freedom of speech is defined by the Bill as including freedom to express ideas, beliefs and views without suffering adverse consequences. The extent of what constitutes an ‘adverse consequence’ is not defined. If interpreted as a low bar, this could include criticism.”

The Tories have form in trying to intervene in the education system to promote their agenda. The recent release of a podcast about the 2014 Trojan Horse Affair shed light on how the government used a personal dispute in Birmingham schools to push its Islamophobic counterterrorism strategy. The incident came directly before the launch of the Prevent strategy which gave schools a legal responsibility to have “due regard to the need to prevent people from being drawn into terrorism”.

Just as in the Trojan Horse Affair, Zahawi has now been asked to conduct a probe into Welbeck Primary School, thereby translating a moral panic cooked up by right wing media interests into political capital it can use to justify attacks on educational institutions.

Last week, LFF covered Oliver Dowden’s speech at right wing US think tank the Heritage Foundation. Heritage have been one of the main proponents of the right wing moral panic about Critical Race Theory (CRT), an academic critique of racial power relations. Heritage and other right wing institutions have pushed the idea that teachers are using CRT to indoctrinate students into left wing political attitudes.

It seems that this form of culture war, which has led to the banning of some books in US schools, is now also being imported into the UK. The irony is that while right wingers claim to be in favour of freedom of speech, rules on ‘political impartiality’ risk having the opposite effect, and stifling discussion of important political topics.