Citing pathetic viewing figures, the right-wing news channel, which plays the National Anthem at the start of the day, insists its audience is growing. 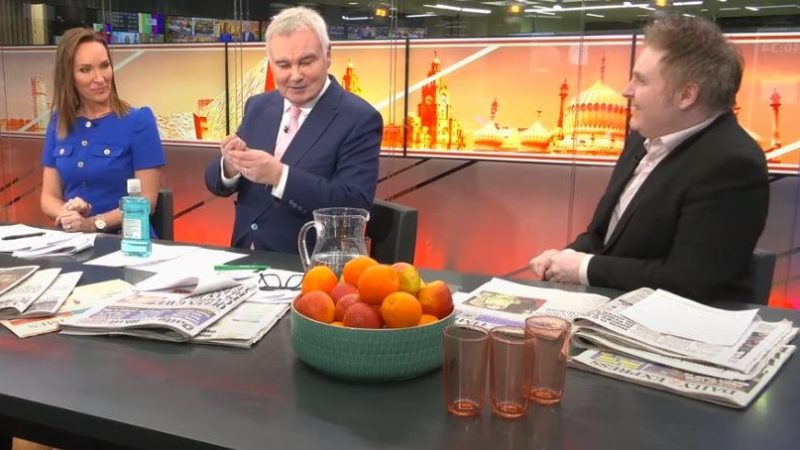 A highly promotional report in the Press Gazette – the trade magazine dedicated to journalism and the press – claims the news channel is ‘bouncing back’, with a ‘very strong’ start to the year that has seen boosted job numbers and the channel overtake rival opinion-led broadcaster LBC on YouTube.

However, the actual figures quoted in the report tell a different story.

Attempting to exalt what are pretty poor viewing figures, the report cites data from the Broadcasters’ Audience Research Board (BARB) that shows GB News continues to reach around 2m people each month. In the four weeks to January 2, 2022, the channel was watched by 2.2m people for an average of 19 seconds a day.

It doesn’t take an expert in television ratings to deduce a news channel pulling in 2.2m viewers over the spate of a month and who are tuned in for an average of just 19 seconds per day, isn’t an impressive performance.

The report has even done the research for us on how the channel compares to competitors, informing that BBC News pulls in 15.9m viewers and Sky News attracts 10.9m, who watch for an average three minutes and one minute 39 seconds, respectively.

The right-wing news network certainly got off to a shaky start after its presenter and chairman, Andrew Neil quit after just eight shows, claiming he ‘almost had a breakdown’ and it ‘would have killed him’ if he had carried on.

Network insists its fortunes have changed

The beleaguered channel insists its fortunes have changed following the appointment of editorial director Mick Booker on January 3 – the former editor of the Sunday Express – alongside the launch of DAB radio shows, a new breakfast show with Eamonn Holmes and Isabel Webster, and the National Anthem being played at the start of each day.

“Certain other channels have a bit more gloom and doom on them in the morning, but we’re trying to be a brighter presence – you get all your news, but you also get a bit of brightness as well,” Booker told the Press Gazette, adding that Holmes and Webster – who took over the breakfast show from ex-BBC presenter Simon McCoy –  “will be popular with a lot of people who don’t want to be lectured to in the morning.”

Claims that GB News is attempting to create a ‘brighter presence’ and don’t want to ‘lecture people’ are also questionable.

The same report alludes to the apparent success of the “punchy monologues” delivered by some of the channel’s younger talent, including ex-TalkRADIO presenter, Patrick Christys.

“It’s punchy, it’s controversial sometimes,” said GB presenter and head of digital, Rebecca Hutson, adding: “We definitely don’t shy away from any topic, and that just seems to resonate really well… being confronted with a really strong opinion when you’re in that kind of mindset to be entertained.”

Patrick Christys is certainly no stranger to controversy and seems to thrive on launching right-wing attacks.

On TalkRADIO, the presenter launched a scathing tirade at what the Express refers to as the “growing problem of ‘cancel culture’  bizarrely insisting that those who encourage cancel culture will not accept an apology for social media posts they disagree with.

In another strange assault on woke culture, Christys – writing for GB News – spoke of truck drivers’ in Canada ‘revolution’ against ‘draconian Covid laws’ against Canadian prime minister Justin Trudeau, who, according to the GB presenter, ‘claims to be woken than woke.’

Arden “holds herself up as an uber-liberal,” writes the right-wing presenter and journalist, adding “yet she’s behaved, in my opinion, like a tinpot dictator drunk on power.”