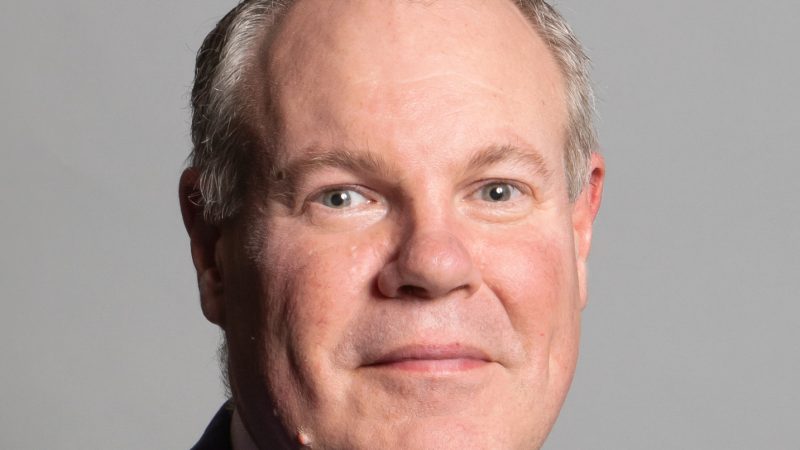 Tory MP Conor Burns has been humiliated for his claim that Boris Johnson was ‘ambushed with a cake’ at a birthday party, as he sought to defend the prime minister for breaking lockdown rules.

It was revealed by ITV that while the rest of the country was being told to stay at home, Johnson had a birthday party during the first lockdown, complete with a Union Jack cake and singing, at an event organised by his wife Carrie in the Cabinet Room on June 19, 2020.

As anger continues to grow over Johnson’s hypocrisy and with the Sue Gray report expected to be published very soon, Burns claimed it was not the prime minister’s fault that he was “ambushed with a cake” at his birthday party.

Burns told channel 4: “The prime minister was out on a visit. He came back, he was working in the Cabinet room, people came in and presented him with a cake.”

Labour MSP Paul Sweeney wrote on Twitter: “”Ambushed with a cake.” No wonder

@Aiannucci gave up writing new episodes of The Thick of It. How could you now hope to surpass the farce that actually passes for government in this country?”

Professor Jim Al-Khalili said: “There I was, minding my own business and working at my blackboard in my office, solving the equations of the spacetime continuum…

…when I was ambushed with a cake.”

Another social media user tweeted: “Have you been ambushed with a cake that wasn’t your fault? You may be entitled to compensation.”

Labour MP Sarah Owen MP tweeted: “This was one pushy cake, ambushing both the chancellor and the PM”.