Kemkaran has also previously retweeted users who accused Labour MP Naz Shah, of not being “white enough” to have experienced Bradford’s “no-go areas”. 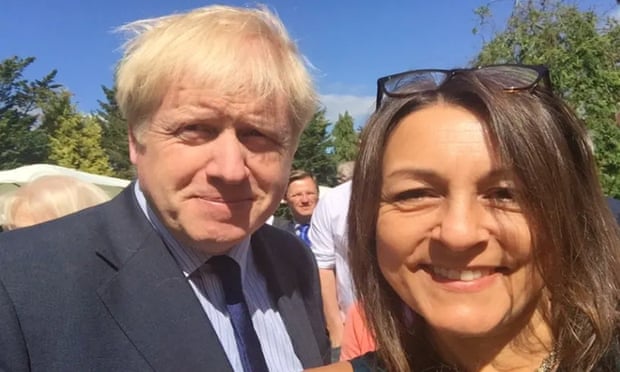 A Tory general election candidate who shared a message on social media claiming Muslims play the “race card” and have a “nasty culture” is still a member of the party and has become chair of Sevenoaks Conservatives.

Linden Kemkaran, who previously stood in Labour-held Bradford East, retweeted a user on Twitter who dismissed Islamophobia as nonsense – describing it as a “crock”.

Kemkaran has also previously retweeted users who accused Labour MP Naz Shah, of not being “white enough” to have experienced Bradford’s “no-go areas” and claimed that the prospective MP’s loyalties did not lie in the city.

One would think the Tories who claim to have a ‘zero tolerance’ approach towards islamophobia would have suspended such a member, yet Kemkaran not only remains a member of the party but has also become chair of Sevenoaks Tories.

“Today, the *Chair* of Sevenoaks, is Linden Kemkaran, who shared a message claiming Muslims have a “nasty culture” amongst a long list of similar racist likes/shares.

“This was “investigated” by the @Conservatives in 2019, but she remains in the Party, and with no apology on the record (as far as I can see? Happy to be corrected)

“At the time she did not apologise and addressed only 1 of the shares she made.”

A spokesperson for the Muslim Council of Britain said: “Over six months ago, the Conservative Party’s own investigation on Islamophobia confirmed the scale of this bigotry in its ranks. Recommendations were made but it appears nothing has happened since. Instead, the party continues to condone Islamophobia by rewarding party members who appear to be endorsing anti-Muslim hatred.”

Linden Kemkaran and Sevenoaks Conservatives have been approached for comment.