The home secretary’s proposed method to verify the age of asylum seekers is blasted as ‘flawed, dangerous and unethical’ 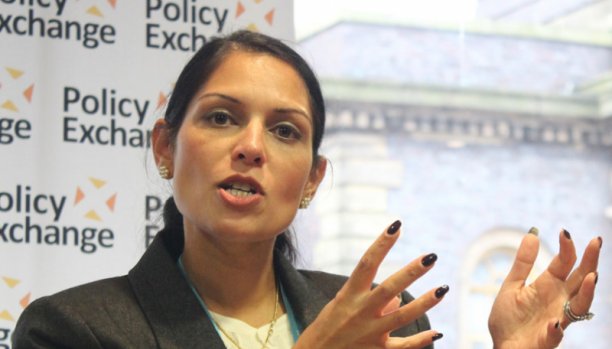 It is not uncommon for people fleeing poverty and persecution to arrive in the UK without passports or documentation to prove their age.

In a bid to curb, in the home secretary’s words, the “deception and deceit” being used to access schools, services and support, Patel has called in scientific advisors to assist her with the rolling out of more invasive ways to confirm the age of people seeking asylum in the UK.

As The Times reports, the move is part of the Home Office’s attempt to stop grown men “masquerading as children” on their applications.

According to the Home Office, the number of adult asylum seekers falsely claiming to be children is a “significant issue.” As a result, the department is seeking advice from a new scientific advisory committee on ways to check the ages of people arriving in the UK seeking asylum.

In an unforgiving and hostile statement, Patel set out plans to curb what she refers to as ways to “stop adult men being automatically classified as children.”

“The Nationality and Borders Bill will end many of the blatant abuses that have led to our immigration and asylum system being abused by those with no right to be in our country.

“The practice of single grown adult men, masquerading as children claiming asylum is an appalling abuse of out system which we will end. By posing as children these adult men go on to access children’s services and schools through deception and deceit: putting children and young adults in school and care at risk.

“I have given more resources and support to local councils to ensure that they apply vigorous and robust tests to check the ages of migrants to stop adult men being automatically classified as children,” said Patel.

The advisory committee, which the home secretary is setting up, will consider a “range of scientific methods” for predicting a person’s age. The methods will be judged on their accuracy and reliability, as well as ethical and medical grounds.

Under the current system, if the age of an asylum seeker is questioned by authorities, a physical examination of an individual is not permitted. Instead, the applicant is interviewed by social workers.

To ramp up more “vigorous and robust” ways to determine the age of applicants seeking the asylum, the home secretary has put forward the use of X-rays and CT scans. Such methods examine the fusion of a person’s collar bones, wrists and teeth, to help determine their age. The method is currently employed in France.

The proposals would mean that those fleeing danger will be forced to consent to a physical examination, with the home office warning that by refusing the test could “damage the person’s credibility” in the eyes of the government.

The home secretary’s proposal has been met with censure, branded “flawed and dangerous” by campaigners, trade unions and medical organisations.

Among the critics is the British Dental Association, which slammed the idea as “inappropriate and unethical.” The trade union for dentists warns that by taking X-rays of a person without a specific medical purpose, puts dentists at risk of being accused of “criminal battery.”

Stand For All, a group focused on human, refugee and migrants’ rights, has shared similar concerns. Daniel Sohege, director of Stand For All, and a specialist in international refugee law, tweeted his contempt of the plans:

“The Home Office has announced today that it is setting up a new “Scientific Advisory Committee” to provide advice on ways to check how old an asylum seeker is, and to say there are concerns to be had about this is underselling it spectacularly.”

According to Sohege the use of physical examination methods is only accurate within two years of a person’s age. Accuracy is also potentially dependent on a person’s skin colour, as the majority of the research has been carried on white people’s growth and development, Sohege continued.