'The government is trying to take away people’s agency and power, but there’s a growing determination - and organisation - determined not to let that happen'. 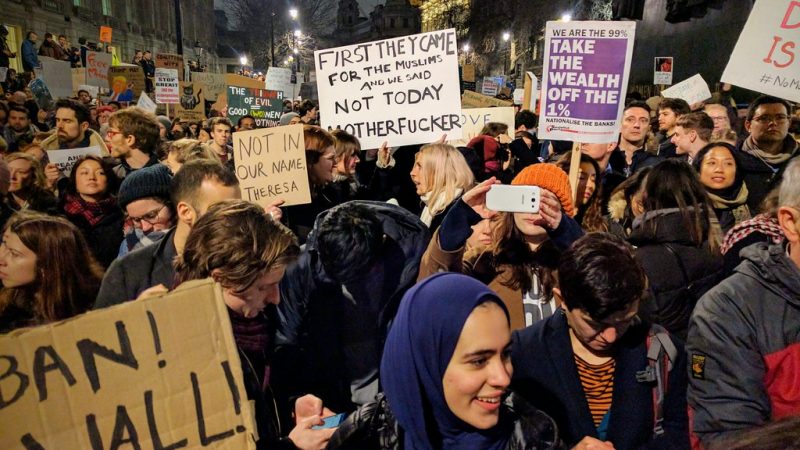 Today is a huge day in the House of Lords. The final day of the Police, Crime, Sentencing and Courts Bill. We’re expecting 11 votes – three of which could improve the Bill, and eight of which aim to stop the very worst elements of it.

I can’t remember a day with so many votes : half that is usually considered too many.

The blocking votes will be aimed particularly at the infamous 18 pages of protest repression brought in by the government at the 11th hour. Those have not been considered by the Commons, so crucially, if the Lords throw them out, the government cannot bring them back into the Bill – provided they have not been amended.

This is a triumph for campaigners, everyone from Extinction Rebellion and Greenpeace to Big Brother Watch. I’m proud that the Green Party has played a big part in pushing Labour to act against it. I took my turn with our green megaphone with fellow peer Jenny Jones and MP Caroline Lucas last week to deliver the message in Westminster.

Labour finally announced on Friday that it would oppose a significant number of the key new provisions, including that allow a potential 51-week sentence for protesters who attach themselves to another person, object, or to land (“locking on” – a key tactic in successful anti-fracking protests, and one dating back at least to the suffragettes), or for protests that obstruct transport works. They also include an expansion of powers for stop and search without suspicion around protests, as well as “serious disruption prevention orders” that would allow authorities to ban named individuals from participating in demonstrations or even using the internet to encourage others to do so.

Labour is, however, reportedly planning to amend provisions about blocking roads to allow it only to cover the “strategic road network”. If successful, that means the government will be able to return to the full force of its proposal in the Commons.

And even if these blocks are able to be delivered – and parliamentary procedure is a strange and uncertain thing, and will depend on many people staying up late into the night (estimates suggest a 1.30am finish), with no missteps – we must not lose sight of the fact that this Bill is still a hideous, repressive instrument, with many damaging elements that are likely to get through, while we have a Tory government, whether or not Boris Johnson remains at its head.

Just look at the views of two people hardly known as supporters of the right to protest, Theresa May and Lord Blunkett, who were expressing grave concerns and opposition even before the 18-page addition.

Sadly, the vote I called on Part 4 of the Bill – on “unauthorised encampments” – was not supported by the Labour leadership (although I sincerely thank the eight peers who broke the whip to support my call to throw it out). So the Bill continues to explicitly target gypsy, Roma and traveller people, to effectively seek to wipe out the traditional nomadic way of life many wish to continue. That’s something that brings up very disturbing historical echoes.

It still contains Clauses 54 to 56 and 60, what allows police to impose conditions on protests that are noisy enough to cause “intimidation or harassment” or “serious unease, alarm or distress” to bystanders – thoroughly subjective judgements.  It also (Clauses 57 and 58) further restricts the right to protest around parliament. And clause 59 creates a new statutory offence of “intentionally or recklessly causing public nuisance”, which respected legal commentator David Allen Green has described as “a chilling and illiberal provision”.

As Labour peer Shami Chakrabarti told yesterday’s protest in Parliament Square – this bill, with or without the amendments – “represent the greatest attack on peaceful dissent in living memory”.

But as I said at the protest, people were on the streets right around the country – from big cities to market towns – making noise to show their resistance. The government is trying to take away people’s agency and power, but there’s a growing determination – and organisation – determined not to let that happen.