MPs are under fire for taking another significant pay rise at a time when thousands are hit with rocketing bills and higher National Insurance costs. 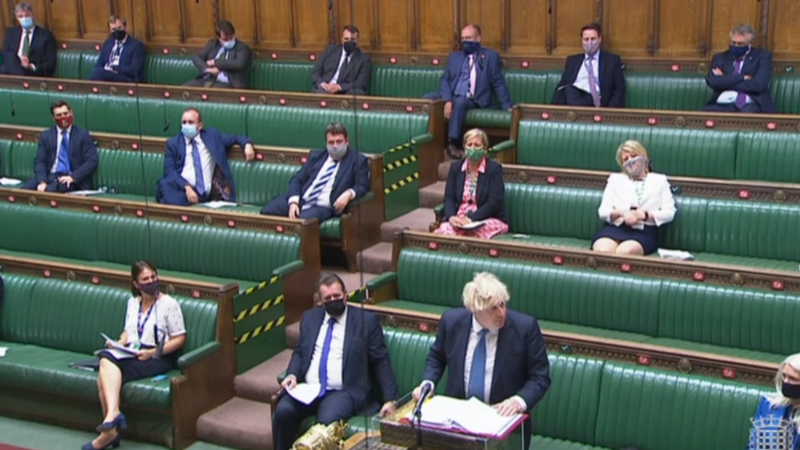 The latest pay rise will coincide with proposed changes to NI, council tax and energy cost hikes coming into play.

The annual pay of politicians typically corresponds with average public sector pay increase, which stands at 2.7%.

In 2021, the pay rise was suspended due to the pandemic. Last week, the Independent Parliamentary Standards Authority (IPSA) said a decision on MPs’ pay for 2022 – 23 will be made in early 2022. The expenses regulator added that any decision will “take into account ONS data and other relevant information.”

Now is not the time

The Taxpayers’ Alliance, a pressure group that campaigns for a low-tax society, said that now is not the time for MPs to get a pay rise.

“Politicians’ pay should be linked to the country’s economic performance — to show we’re all in it together,” said John O’Connell, chief executive of the Taxpayers’ Alliance.

Daniel Kebede, president of the National Education Union, shared his scepticism, stating: “Wow. I hope doctors, nurses, school staff, bus drivers, supermarket staff and every other key worker who have gone above and beyond during this pandemic are in for the same.”

MPs are under escalating pressure to scrap this year’s annual pay rise. Trade unions have voiced their dismay, saying that while they don’t have an issue with MPs being paid properly, it is disgraceful that civil servants have been subjected to pay freezes and real-time cuts for more than a decade.

Mark Serwotka, general secretary of the Public and Commercial Services Union (PCS), said a consultative ballot of members was being conducted over living standards and pay and pensions.

“Depending on the result and the strength of feeling amongst members, we could then move to a statutory ballot for strike action.

“After over a decade of pay restraint, ruthless attacks on pensions and delivering key services throughout the pandemic, PCS members will fight every step of the way for a change in approach from the government,” said Serwotka.

Household income started to flatline before the pandemic struck

The comments come as newly released data shows that household income in the UK had begun to flatline before the Covid-19 pandemic hit. Data by the ONS shows that the median wealth of British families only rose ‘marginally’ between 2018 and 2020.

The figures come as families face a further income squeeze as the cost-of-living soars, with rising energy prices, tax rises and inflation.

The Chancellor, Rishi Sunak, has faced a backlash over plans to hike National Insurance, which is due to rise by 1.5% in April.

Senior Tories have voiced concerns over whether they government is doing enough to support struggling families.

Jake Berry, Conservative MP for Rossendale and Darwen, has warned that the party risks losing voters if it fails to address the cost of living ‘tsunami’.

The opposition has jumped on the government’s response to the cost-of-living crisis.

Former shadow chancellor, John McDonnell, has warned that households face a cost-of-living squeeze that will equate to an additional £1,400 in 2022.

McDonnell is among those calling for winter fuel payments to be increased and the £20 cut to universal credit reversed.

“Half measures simply will not work when people are faced with the mounting scale of this cost of living crisis. The government cannot stand by and watch families go under.

“A comprehensive rescue package is needed to provide people with the security they need to avoid the worries and hardship many are now facing,” McDonnell told the Mirror.