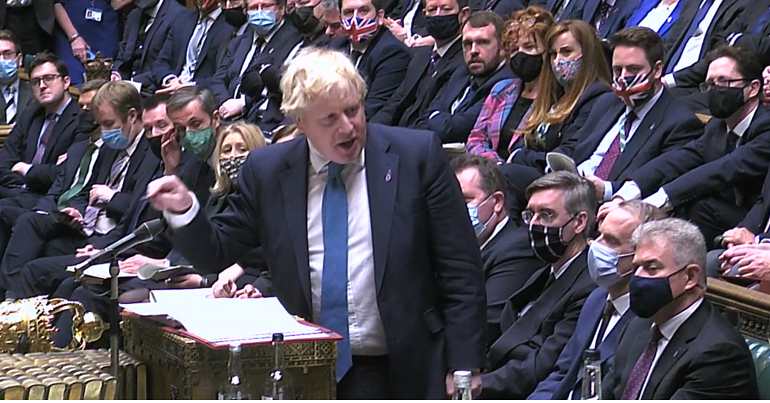 Dawn Butler is the Labour MP for Brent Central

When the Prime Minister stood at the Despatch Box on the 20th January to announce that the Government was dropping their Coronavirus Plan B, just a month after it had begun, I shook my head. The vote was always unnecessary. The sweeping changes and over-reaching power grab had once again been thwarted by common sense.

I feel it is important to state why I voted the way I did and why this is all just a part of Boris Johnson’s game to be seen as doing something.

Secondly, these laws that the Government can implement under the Coronavirus Act and then after 28 – 40 days bring to the floor of the House for ratification. So, again we didn’t need to vote last month.

I supported the mask-wearing mandate, as it forms a vital tool helping to stop the spread of Coronavirus and protects the most vulnerable in society from infection.

When it comes to votes such as this, I always try to centre our rights, freedoms and democracy. It is important to note that this Government is game playing. These decisions are often, at best, loosely based on science.  It makes no sense that the Government has announced that people no longer have to wear a mask, especially on public transport. Coronavirus is still very prevalent, so is the flu, a mask will help stop the spread. It is important to note that the Mayor of London has made mask-wearing compulsory on public transport despite this though, to protect the public.

I feared the use of COVID-19 mandatory IDs would widen existing health inequalities, large venues are requiring covid passes already. This can be useful, but ideally, the most effective approach is testing and ensuring that people do not have the virus when they enter enclosed venues. Mandatory temperature taking is also a good practice.  I have called for daily testing, repeatedly in Parliament and on the Science and Technology Committee, as it is key to good public health. A member of the public could potentially still carry and spread the virus with a vaccine passport.

The Government push towards mandatory vaccinations for NHS staff left me very uncomfortable, it would set an extremely concerning precedent. We cannot allow the Government to begin to mandate what people must do to their bodies. There is so much evidence where this Government has abused its unaccountable powers, they are not to be trusted. This law would have potentially resulted in approximately 80,000 NHS staff who are unvaccinated being dismissed, mainly women and ethnic minorities, such an outcome would cripple the care sector.

All of their decisions continue, so far, to have a profound negative impact upon the most vulnerable members of society.

This Tory Government has continued to preside over a failed Test and Trace system, which cost the taxpayer an eyewatering £37 billion, which the public has little to no faith in.

Shockingly the Government granted additional powers to the police, including the power to detain anyone “potentially infectious”, as COVID-19 is asymptomatic this would mean everyone is potentially infectious. The Government also lowered care standards for the most vulnerable, which should have been a criminal offence in my opinion. And the Government knows that they are presiding over the most corrupt regime which enabled the postponement of elections and threatened the right to protest.

The police handed out extortionate fines for people breaking Coronavirus regulations with no right to appeal. It took months of reported number 10 party scandals before the Police launched an investigation to look at the Government’s flagrant and repeated breaking of the rules!

My Coronavirus (No.2) Bill, which I worked on last year with civil liberties organisation Liberty to develop a sustainable alternate plan, should have been plan B.

This Government has been proven time and time again to be corrupt through its VIP lanes. Unless the Government shows that it will stop targeting those in our most vulnerable communities, and it will stop abusing its powers, by stopping further unaccountable power grabs like through the Police and Crime Bill for example, then I cannot in good conscience vote for their Coronavirus plans or further power grabs. I hope that the Labour Party will take note of this latest power play and ensure we do not blindly support this corrupt Government.