Nearly 1 in 10 workers have been told to re-apply for their jobs on worse terms and conditions since the first lockdown in March. 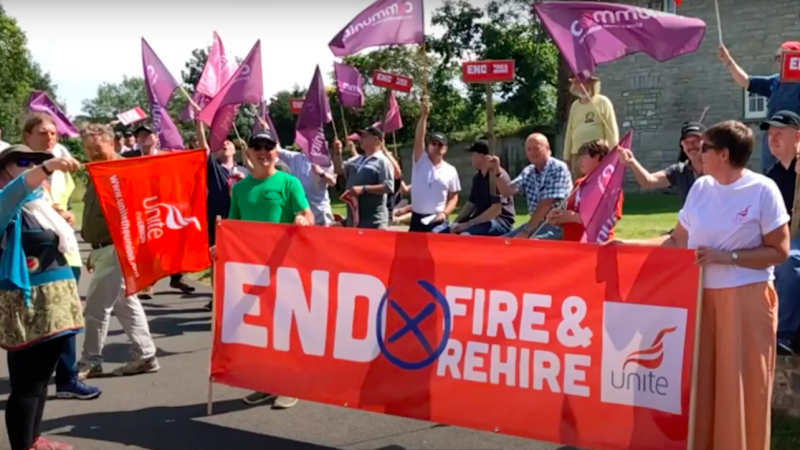 Workers at shoe manufacturer Clarks are celebrating after defeating bosses’ attempts to fire and rehire them on worse pay and conditions, following a wave of strike action.

Employees agreed to bring to an end a two-month strike at Clark’s distribution centre in Somerset after an agreement was reached between the trade union Community and the shoe manufacture.

The agreement sees the pay of workers protected after previous threats of reduction.

“We are pleased that a resolution has been reached that works in everybody’s interests, protects Community members’ livelihoods, and recognises their loyalty to Clarks.

“Following an indicative ballot of Community members it is confirmed that normal working has now resumed.

“Community and Clarks express their thanks to Acas for its support and look forward to close co-operation as we move on from the dispute and commit to positive industrial relations in the future.”

Nearly 1 in 10 workers have been told to re-apply for their jobs on worse terms and conditions since the first lockdown in March, according to the TUC.

Nearly 70% of companies accused of engaging in fire-and-rehire practices and attacking workers’ wages and conditions are making a profit and half have claimed government support during the pandemic.