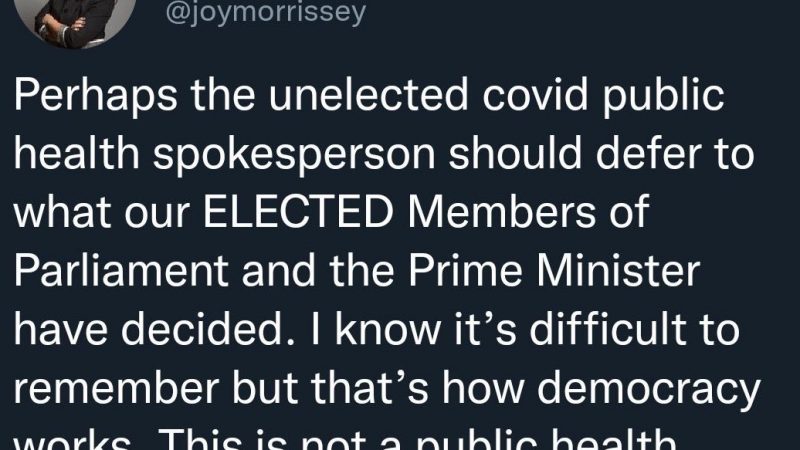 Tory MP Joy Morrissey has launched an extraordinary attack on Chief Medical Officer Chris Whitty, claiming that rather than sharing his expert scientific advice on how to combat the rise in Covid cases, he should instead defer to Boris Johnson.

The MP for Beaconsfield wrote in a tweet in response to Whitty’s guidance that people should scale back their social plans as the Omicron variant continues to surge through the country that: “The unelected covid public health spokesperson should defer to what our ELECTED Members of Parliament and the Prime Minister have decided.

She added: “I know it’s difficult to remember but that’s how democracy works. This is not a public health socialist state.”

The since deleted tweet was quickly condemned online, including by Tory MP Julian Smith, who tweeted: “Personal attacks by any politician on members of @UKCivilService are completely unacceptable. @UKCivilService supports the government, works flat out & needs to be encouraged & defended in its role of offering impartial and confident advice.”

James Felton wrote in response: “His job is to present the scientific view and what’s best for public health, not repeat what Boris Johnson said because he can’t keep his own MPs on board with basic health measures.”