'Over the last 20 years we’ve produced more plastic than in the whole of the last century.' 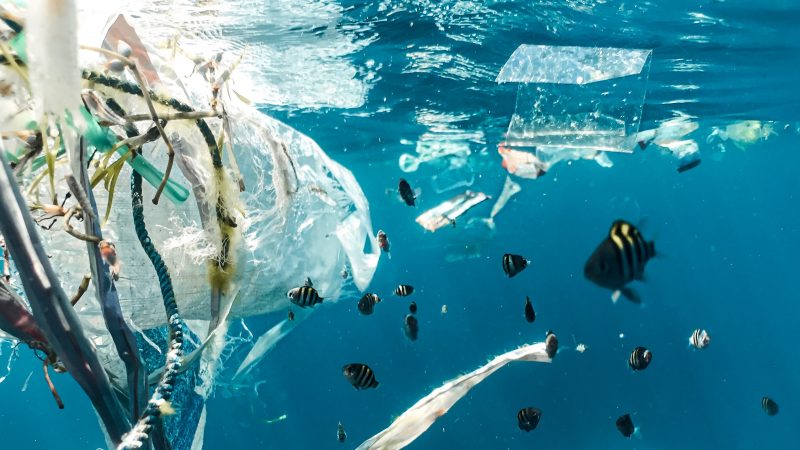 There is a flood of plastic waste entering our rivers and oceans. And we need Government, not just consumers and businesses, to help turn off the taps.

Over the last 20 years we’ve produced more plastic than in the whole of the last century. Global production has increased twentyfold since the 1960s. It is expected to double again over the next 20 years and almost quadruple by 2050.  We now produce over 300 million tonnes every year – up to half of which is single use. Only 10% has ever been recycled.

The recently announced Marine Conservation Society beach clean data starkly tells us that for every 100m of coastline we have an average of 385 pieces of litter – the vast majority of which is plastic.

It is understandable then why many, including ourselves at City to Sea, have welcomed DEFRA’s recent announcement to ban some of the most polluting single-use plastics. Having already banned straws, cotton buds and coffee stirrers, they are now consulting on banning single-use cutlery, plates and polystyrene cups. They declare that this makes them “world leading”.

Sadly, for our planet, this is far from the truth. What they are proposing is the very bare minimum and does little to answer our concerns about their wider efforts to tackle plastic pollution.

In 2019 the EU passed the EU Single-Use Directive which included provision to ban all of these most polluting single-use items. This came into force in July 2021. At this point we had heard nothing from government about their plans and so we launched a petition and dubbed their lack of action a “dereliction of Brexit promises”. After nearly 100,000 signed our petition DEFRA scrambled to announce that they planned to announce a consultation on banning these items.

3 months later – last week – they did finally announce a consultation. To dub this game of policy catch up as “world leading” is frankly “world misleading”.

And this tardy approach to a very immediate environmental problem has carried on. Despite including positive and welcome measures in the consultation (such as banning harmful bioplastics) they are now not proposing to bring this ban into force until 2023. This is two years behind the rest of Europe and a year later than Scotland’s recently announced proposals.

We’ve established that this action is too late, but it is, again sadly for our planet, also too little.

During the Environment Bill we repeatedly challenged Government with cross-party support to introduce a legally binding target to reduce plastic pollution as a whole. We wrote about why this is important for Left Foot Forward. But Government chose to reject this, asserting that they wanted a more ‘ambitions and holistic target’ that deals with all kinds of waste not just plastic.

And so we are left with a big, like an elephant in the room sized big, question. What is government’s over-arching strategy to tackling plastic pollution? Do they have a plan for example for the microplastics from car tyres that are responsible for over 200,000 tonnes of microplastics entering our oceans every year? Do they have a plan for supermarket food wrapping plastics or for plastics flushed down our toilets causing sewage blockages and sewage overspills?

The Environment Act empowers them to use big policy leavers. They can introduce a Deposit Return Scheme, introduce a tax on single-use plastics or forcing greater consistency in recycling standards. But for us to have any confidence in these measures being suitable for the scale of the problem we face, we need Government to commit to ambitious and legally binding targets.

In 2022 they will be setting various ‘waste and resource’ targets – within that needs to be an ambitious target to reduce single-use plastics by at least 50% by 2025. Boris Johnson was right when he said  “we’ve all got to cut down our use of plastic”.

But, and this is important, they also need to explain how they plan to tackle, measure and reduce harmful microplastics that don’t even enter our waste and resource systems. A lot of plastic pollution isn’t plastics we hold in our hands on a day to day basis but it is found in the food we eat, the oceans we swim and even the air we breathe.

No-one ever said this was easy, but if government wants to be seen as ‘world leaders’ these are the policy questions they need to start answering.

Steve Hynd is Policy Manager at City to Sea, a not-for-profit that campaigns to stop plastic pollution at source.