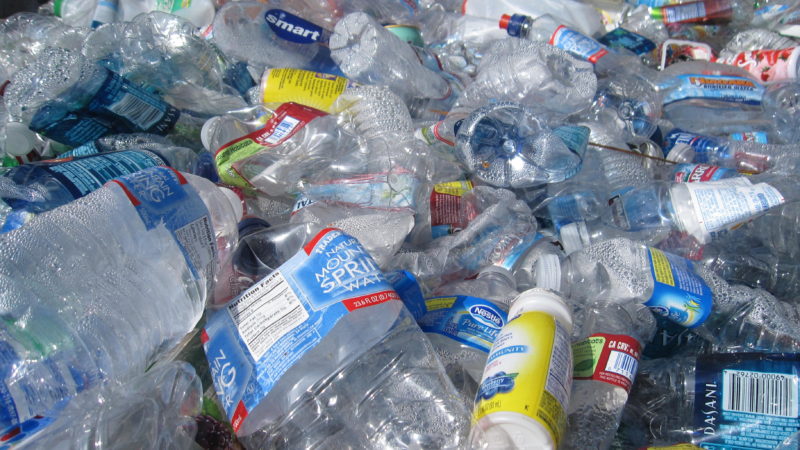 For many, the defining image of plastic pollution is the one shaped through Blue Planet 2 – that of floating plastic bottles in the middle of the ocean.

It’s a heart-breaking image that has spurred much action but in truth it barely scratches at the surface of the problem. Literally. It is thought that the majority of plastic in our oceans is between 200 and 600 metres below the surface.

And while this prevailing image of floating bottles has undoubtedly acted as a catalyst for incredible action, and it has spurred the development of some positive policy decisions like that of the now sadly significantly delayed Deposit Return Scheme (DRS), it has, seemingly, blinded decision makers to the wider problem of plastic pollution that is in the air around us, in the food we eat and the oceans we rely on.

At the latest hearing of the Environment Bill at report stage, Conservative backbencher Chris Loder MP submitted an amendment that specifically would force government to set legally binding targets to reduce plastic pollution – covering the entirety of the problem. This amendment was backed by businesses, MPs, faith leaders, academics and campaigning organisations alike, including City to Sea.

The Environment Minister, Rebecca Pow’s, response was telling. Pow’s reply was that government could not (or would not) support Loder’s amendment because they want a more ‘ambitions and holistic target’ that deals with all kinds of waste not just plastic. On the surface this seems reasonable, but like plastic pollution itself, if you scratch the surface of this logic you find a much bigger problem.

Microplastic pollution may be largely invisible to the human eye, but it is profoundly felt in our natural environment

Firstly, and crucially, by tying up efforts to tackle plastic pollution with “resource efficiency” you miss major sources of plastic pollution including most microplastics. These pollutants are not even entering our waste streams but are going directly into our natural environment. They are found in alarming numbers in the air we breathe, the food we eat and the oceans that sustain life itself.

These often do not come from conventional “waste and resource” sources like floating plastic bottles but are often shed directly into the natural environment. Think for example of the microplastics from car tyres that are responsible for over 200,000 tonnes of microplastics entering our oceans every year. Microplastic pollution may be largely invisible to the human eye, but it is profoundly felt in our natural environment and can have a potentially devastating effect – especially as it can be mistaken for food by some of our smallest ocean creatures, which are then eaten by bigger creatures as part of the food chain.

Secondly, think of all the plastic that should, but for various reasons, doesn’t, even enter our waste streams. For example, every year water companies are spending millions on unblocking sewers that are overflowing due to plastic wet wipes and period products that have been flushed down the loo. Our riverbanks are strewn with these grim physical reminders of the plastic crisis we face.

The government’s response and refusal to include plastic pollution in its targets section of the Environment Bill is born from either ignorance or lack of concern.  Instead of focusing on reducing the metric that really counts, plastic pollution, this government repeatedly echoes the language of the plastics industry in talking up the role of recycling. Recycling is important, but it must be seen as one of the many steps needed to reduce plastic pollution, not the end goal in of itself.

We know, and I am sure the Minister knows, that recycling doesn’t currently work at the scale we need it to and we can’t recycle our way out of this plastic crisis. We need government to focus on what does work – and that’s to implement and enforce the waste hierarchy in all areas of policy, and to then set concrete, legally binding, targets to reduce plastic pollution in their flagship Environment Bill.

They can still do this. The Environment Bill is due to come after the Queen’s Speech in May – this is the government’s last chance to show real leadership ahead of COP26 on one of the most pressing environmental issues of our ages. The only question left to ask is, will they?

Steve Hynd is Policy Manager at City to Sea, a not-for-profit that campaigns to stop plastic pollution at source.