'The neoliberal economic policies have increased social tensions but have failed to energise the economy. They have impoverished people and turned town centres into economic deserts.’ 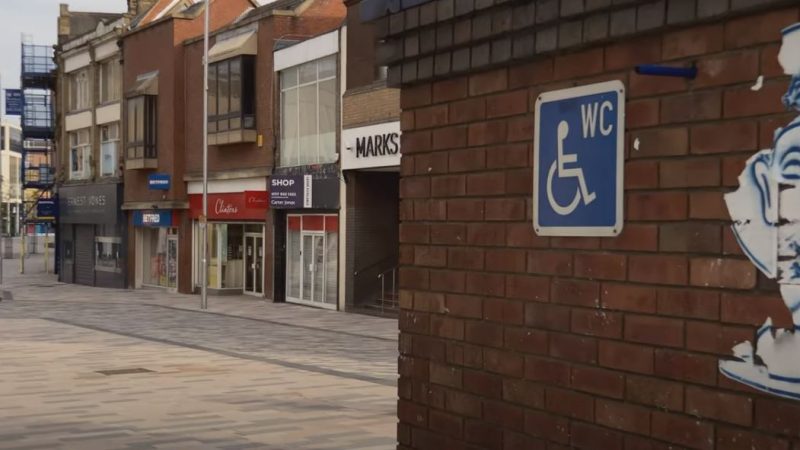 The disastrous effects of the government’s mismanagement of the economy, pandemic and Brexit are becoming all too evident. The economy is stagnating, people’s income is shrinking, inflation is rising and there is lack of investment in productive assets.

The government had pinned its hopes on a post-pandemic economic revival to boost its popularity, but in October the economy grew by just 0.1% , 0.5% below the pre-coronavirus pandemic level in February 2020.

The government’s Brexit strategy has persuaded many EU nationals to leave. Consequently, many industries are facing labour shortages.

During membership of the EU, many businesses developed integrated supply chains, but with post-Brexit trade barriers they have disintegrated. The result is empty shelves in shops and longer waiting times for delivery of goods.

Price of food, energy and other essentials is surging. At the end of November the rate of inflation increased to 5.1%, the highest for a decade, and is expected to go higher. This will devastate family budgets and many workers have faced never-ending austerity and wage freezes.

The purchasing power of people’s savings will be eroded.

Normal people spend money on everyday things. This stimulates the economy and creates more jobs, but government policies have impoverished the masses and reduced their purchasing power. Since the 2019 general election, nearly half of families are £110 a year worse-off, whilst the richest 5% gained £3,300.

Poorest will pay the heaviest burden

Senior citizens are under attack. The suspension of the triple-lock on the state pension will remove £5.4bn from pensioners’ pockets.

The Universal Credit has been cut by £20 a week for millions of households. From April 2022, the current tax free personal allowance of £12,570 will remain frozen until April 2026.

The income tax thresholds will also be frozen. The net result is that masses will pay more in income tax. From April 2022, National Insurance contributions will increase by 1.25% and further erode disposal income of households. Indeed, taxes on the masses are the highest for 70 years, with the poorest bearing the heaviest burden. The poorest 10% of households pay 47.6% of their income in direct and indirect taxes, compared to 33.5% by the richest 10% of the households.

With high inflation and shrinking disposable income, people will reduce their discretionary expenditure and hospitality, holiday and entertainment industry will take a big hit.

Rather than reviving manufacturing or investing in new technologies to create skilled jobs, the government has promoted a shelf-stacking economy with low wages. Most workers have little chance of owning a home.

The finance industry routinely engages in frauds and fiddles. Markets count the private profits and do nothing to curb predatory practices. One study estimates that between 1995 and 2015, the bloated finance industry made a negative contribution of £4,500bn to the UK economy.

Still, governments have handed another £895bn to speculators through its quantitative easing programme. The flood of money has aided the emergence of a shadow banking system. Private equity is a key part of this unregulated world and has been swallowing and spitting-out large number of businesses. Its business model is based on low wages, high leverage, financial engineering, tax abuses, pension dumping, job losses and asset stripping.

All businesses benefit from investment in education, healthcare, housing, transport and social infrastructure, but the government has neglected social investment.

Instead on investment in new industries, the government chose tax cuts for the rich and corporations on the assumption that all this will trickle down and magically create new industries.

It hasn’t. Despite the pandemic, the UK boasts record high 171 billionaires. Six richest people control as much wealth as poorest 13 million. Some 42% of disposable household income is in the hands of the top 20% of households, whilst the bottom 20% have only 7%. This is a huge barrier to building a sustainable economy.

Historically, the UK economy has been built by a combination of public and private investment, with the state often taking a lead where the private sector did not want to go. It rescued or built shipbuilding, railways, steel, water, gas, electricity, mining, biotechnology, telecommunications and many other industries. They have all been privatised and the state’s capacity to stimulate the economy has been be severely  eroded.

A decade of low interest rates, low inflation and corporate tax rates have not persuaded businesses to invest heavily in productive assets. With 16.9% of its GDP invested in productive assets, the UK languishes well behind its major European competitors.

The neoliberal economic policies have increased social tensions but have failed to energise the economy. They have impoverished people and turned town centres into economic deserts.

A complete change of direction is needed. Income and wealth need to be redistributed. Public services need to be rejuvenated. The state needs to be more active in rebuilding the economy and the finance industry needs to be cleansed.