'The writing was on the wall months ago when Joe Biden closed the door on any quick trade deal with the UK and warned Johnson about risking the Good Friday Agreement.' 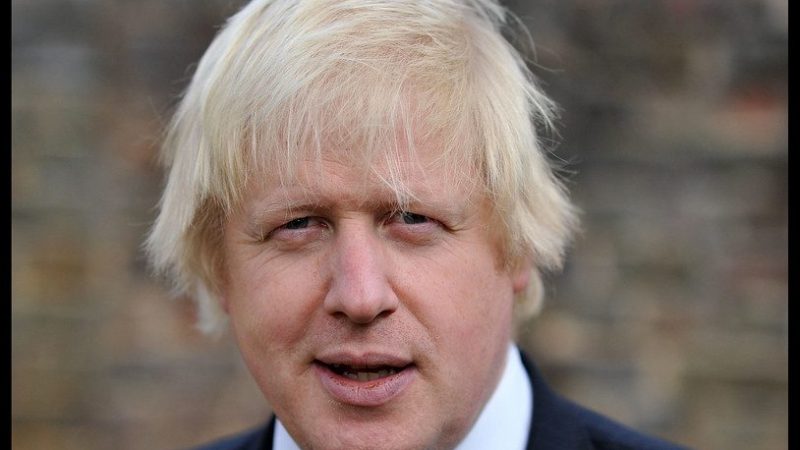 Frost’s demolition of Government policy on Covid, lockdowns, taxation and social policy in his resignation letter belies the fact that he saw what is coming down the track on Brexit and got out while he could. Only the leaking of the decision made it faster than both he and Johnson wanted

Sky News Europe correspondent Adam Parsons reported the reaction from a senior EU diplomat: “Until now, every British Brexit negotiator has resigned or was sacked. Is it because Brexit is bad for Britain and leaves UK negotiators with the impossible task of squaring the circle?”.

Frost is said to have been dismayed by the lack of progress on renegotiating parts of the Brexit agreement (which he was responsible for negotiating) along with the renegotiation of the Northern Ireland protocol. But his and Johnson’s negotiating strategy of threatening to trigger Article 16 on the Northern Ireland Protocol – putting the Good Friday Agreement at risk, issuing moving deadlines and threatening to tear up the entire Brexit deal was doomed to failure. Whilst the EU was exasperated by all this they have kept resolute.

Frost could see that a there was now little room for manoeuvre on Northern Ireland and Johnson would have to stage a climb down and he would get the blame from Brextremists and the pro Brexit media. He also knew that the eyes across the Atlantic were watching these shenanigans.

The writing was on the wall months ago when Joe Biden closed the door on any quick trade deal with the UK and warned Johnson about risking the Good Friday Agreement. The decision of the Biden administration to scrap Trump’s tariffs on imported steel with the EU – but not with the UK – spelt trouble.

Secretary of State for International Trade and President of the Board of Trade Anne-Marie Trevelyan crossed the Atlantic to plead the UK’s case to be treated the same as the EU – but returned home empty handed – leaving UK steel jobs at risk.

US unions close to Biden’s team say the US administration see Johnson as being ‘untrustworthy’ and that Biden will not let the Good Friday Agreement be put in danger. He is proud of his Irish roots and knows how much the USA invested in the agreement. No amount of Johnson’s bluff and bluster will cut a deal. Biden holds the cards.

The much vaunted ‘landmark’ trade agreement with Australia has also received a lukewarm response from UK industry, farmers and unions.

The prediction of countries queuing up at our door to do a deal with ‘Global Britain’ is a fantasy. The Aussie deal in economic terms, will cut prices of Australian products in UK shops by little more than £1 per household a year. The deal is worth 0.02% to the UK economy over 15 years.

Even updated estimates from the international trade department using a revised model suggest it could be worth only around 0.08%. “It remains more a golden duck than golden goose” said the Guardian.

The TUC was hard hitting on workers’ rights and future deals. General Secretary Frances O’Grady commented: “Trade deals can be a vehicle to improve workers’ rights and protections, while providing new jobs and investment for communities that need it most. But because unions weren’t properly consulted or listened to, this deal poses a threat to working people while contributing almost nothing to our economy. The UK government has agreed a trade deal with no effective means to enforce fundamental labour rights or protections for migrant workers from exploitation. And there are other serious issues which could threaten workers’ rights and conditions, like the failure to protect our public services and the lack of safeguards for how workers’ data or NHS data is used.

While there may be no sign in this agreement of ISDS courts which would allow foreign investors to sue our government, there is still a very real risk UK-Australia trade will be subject to this court if we join the CPTPP as the government has indicated.”

With Johnson severely hobbled in his own party and the country by the North Shropshire by-election result, “Partygate”, a disastrous speech to the CBI conference and a large group of anti-lockdown/Brexiteers waiting to pounce, the EU will be less inclined to listen to undeliverable  threats from Johnson who would do well to pass on to Liz Truss the foreign secretary (who will now head up negotiations with Brussels)  his advice from his days in Brussels – “you will never out negotiate Europe”.