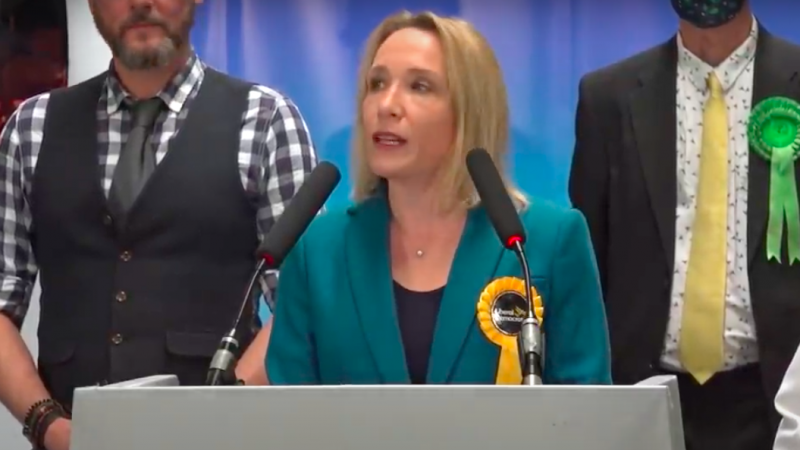 The Liberal Democrats have told Boris Johnson that the ‘party is over’ after overturning a 23,000 Tory majority and winning the North Shropshire by-election in what is a humiliating defeat for prime minister Boris Johnson.

In a leave voting seat that the Tories held for nearly 200 years, a swing of 34% saw the Lib Dem candidate Helen Morgan beat the Tory candidate by almost 6,000 votes.

The by-election was called after Owen Paterson’s resignation following his breach of lobbying rules. He quit despite initial Tory attempts to save him by rewriting the standards rules, which led to a public outcry, forcing the prime minister into a humiliating U-turn.

Morgan said: “Tonight, the people of North Shropshire have spoken on behalf of the British people. They have said loudly and clearly, ‘Boris Johnson, the party is over’.

“Your government, run on lies and bluster, will be held accountable. It will be scrutinised, it will be challenged and it can and will be defeated.”

The latest result represents the second by-election loss of a former Tory stronghold to the Lib Dems since the general election.

Chesham and Amersham had also been a Conservative stronghold since the constituency’s creation in 1974, but the Lib Dems won it with a 25% swing from the Tories in July.