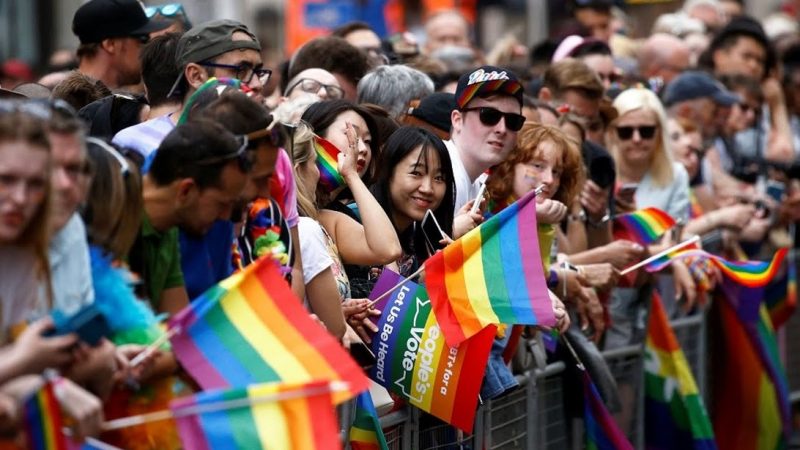 Hate crime against the LGBT+ community abruptly increased during the pandemic. A new report shows that recorded sexual orientation attacks in the UK began to increase sharply after lockdown, reaching its highest monthly level since the pandemic began.

A similar pattern was found for crime targeted at the transgender community. From January to April, there was an average of 208 transphobic attacks a month, rising to 324 from May to August.

Campaigners warn that actual figures are likely to be higher because of underreporting. Eloise Stonborough, associate director of policy and research at Stonewall LGBT+ charity, says it is vital that hate crimes are recorded. “It’s always worrying to see an increase in anti-LGBTQ+ hate crime, particularly at a time when our communities were more isolated than ever,” said Stonborough.

Leni Morris, chief executive of Galop, the LGBT+ anti-violence charity, which supports people who have experienced homophobia, biphobia, transphobia, sexual violence or domestic abuse, says there is an alarming misconception with the narrative about anti-LGBT+ hate incidents.

According to Morris, it’s more “than just mean tweets.”

Citing examples of the type of crime the charity has supported victims of in recent times, including having their homes broken into and being left with life-changing injuries, Morris warns that anti-LGBT+ hate crime is one of the more violent forms of crime.

The findings of the Freedom of Information request follows a Home Office report that shows that since that start of the pandemic, reported hate crime has increased by 9% to a record number of 124,000 across England and Wales.

Racially motivated crimes have equated to almost three-quarters of the total number of such hate attacks since the beginning of the health crisis, increasing by 12% over the year ending in March 2021.

Homophobic hate crime increased 7% to 17,125 and transgender identity attacks rose by 3% to 2,630. Hate crime targeting those living with disabilities has also increased by as much as 9% to 9,208.

The rise in hate crime has been linked to people spending more time online during lockdown, resulting in there being a higher exposure to harmful content. Campaigners say that an increase in disinformation online and conspiracy theories have been used to promote hate and violence.

“The huge spike in recorded hate crimes in these statistics must be a wakeup call for urgent change,” the Labour MP said.​

“It’s unacceptable that so many people are facing abuse and attacks just for being themselves. The shamefully small number of offenders being brought to justice shows how damaging Tory police cuts have been, allowing vile criminals to escape justice yet again,” he added.

In response to the request for immediate action to be done to stamp out hate crime, a Home Office spokesperson said:

“Whilst the biggest driver for the increase in recorded crime is general improvements in police recording, along with increased victim willingness to come forward, we cannot be complacent. That is why we have committed to publishing a new hate crime strategy later this year.”

LFF reached out to the Home Office in relation to the Freedom of Information request that shows how hate crime has risen towards the LBQT+ community. A spokesperson said that the government is committed to tackling homophobic, biphobic and transphobic hate crime – work informed by the government’s 2018 LGBT Action Plan.

When pressed about the release date of the new hate crime strategy, the Home Office said it will be published shortly.

“Hate crimes are completely unacceptable and those who commit these hateful attacks should feel the full force of the law.

“Increases in police recorded hate crime have been partly driven by general improvements in crime recording, better identification of what constitutes a hate crime by the police, and more victims coming forward.

“This reflects the hard work that has gone in to ensuring police can target their resources, understand the scale of the challenge, and get victims the support they need.”