'Raab seemingly thinks he’s the justice secretary in Minority Report where only future crimes are of interest.' 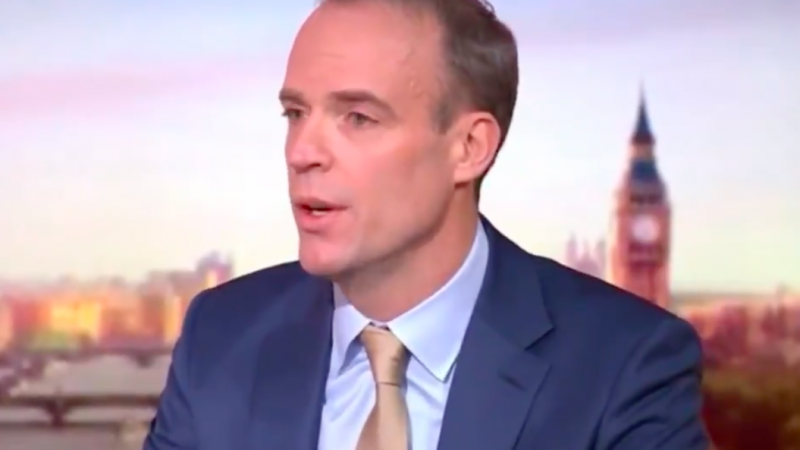 The justice secretary Dominic Raab has been ruthlessly mocked online after his bizarre claim that the police ‘don’t normally look back and investigate things that have taken place a year ago’.

Dominic Raab made the comments on Sunday after growing pressure on the police to investigate claims that Downing Street held Christmas parties at No10 last year, when indoor mixing was banned due to Covid rules.

The Metropolitan Police has said it is considering complaints submitted by two Labour MPs in regards to the breach of Covid regulations by Downing Street staff.

“No wonder fear of crime is increasing under this shower of a government.”

Meanwhile the policing minister, Kit Malthouse, has suggested that police should investigate whether Christmas parties were held in Downing Street in violation of Covid restrictions if a report is made.

He said that police “should be investigating anything that is a historic crime to them”.

Piers Morgan also ridiculed Raab tweeting: “Smirking Dominic Raab says he wasn’t at the illicit party inside No10 last Christmas, though he insists he has no idea if there was a party, and hasn’t been able to find out about the party despite being Deputy Prime Minister. Every time I think he can’t sound dumber, he does.”