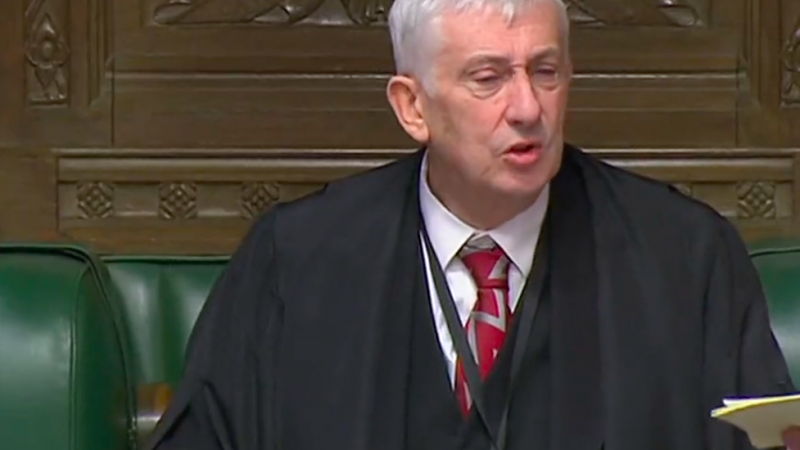 The speaker of the House of Commons Sir Lindsay Hoyle lost his cool with Boris Johnson during a heated debate at Prime Minister’s Questions today, in which Hoyle reminded Johnson that ‘you may be the prime minister of this country, but in this House, I’m in charge’.

It came amid a tense PMQs where the prime minister continued to face questions over Tory sleaze and corruption. Johnson attempted to grill Labour leader Keir Starmer over his past legal work as the pair clashed over sleaze. Sir Lindsay Hoyle however demanded he stop.  The speaker was advised by the Clerk that any reference to Starmer’s alleged ‘misconduct’ would have to be withdrawn. Boris Johnson responded that he was referring to “Mishcon-duct”, a reference to Mishcon de Reya, the law firm Starmer worked for.

As Johnson persisted, the speaker said: “You might be the PM of the country but in this House I’m in charge.”

On a separate occasion when Johnson asked once more about Starmer’s work with the law firm, Sir Lindsay Hoyle intervened once more to get the prime minister to answer questions, adding: “Those are the rules of the game, and we play by the rules don’t we!”

Starmer also called Boris Johnson a “coward” for not apologising over the Owen Paterson scandal, claiming he’s spent weeks “defending corruption”. He also insisted that Labour would not allow the government to water down reform of MPs’ standards.