‘Political elites are in denial because the UK is institutionally corrupt. Major reforms are needed at every level, starting with the institutions of democracy.’ 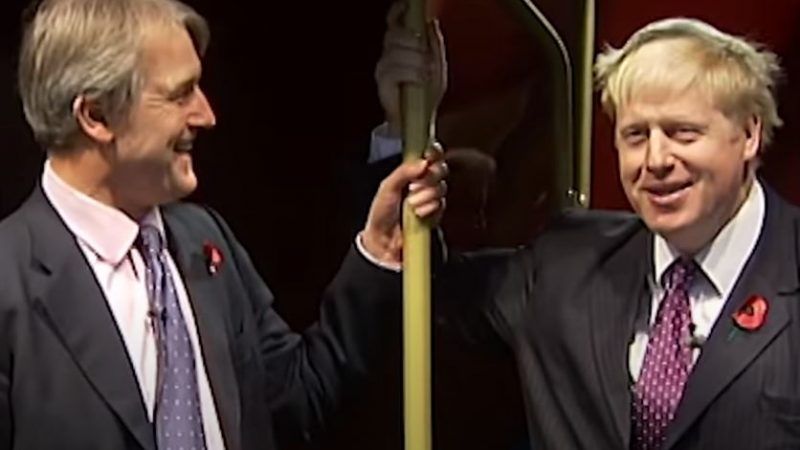 The trigger has been that many members of parliament have been hiring themselves out to corporations – the rich and corrupt regimes in return for large sums of money. The lure of money ensures that legislators prioritise the interests of their paymasters rather than citizens.

Amidst the furore Prime Minister Boris Johnson has claimed that the UK is not “remotely a corrupt country”. In sharp contrast, experts examining organised crime say that “UK is most corrupt country in the world”. Political elites are in denial because the UK is institutionally corrupt.

The rot begins with private money funding the major political parties. In the words of one corporate funder, the pay-off is that “You get access, you get invitations, you get privileged relationships, if you are part of the setup.”

Dissenting voices in parliament are drowned because the first-past-the-post electoral system gives the party securing less than half the votes a huge majority in the House of Commons. The government rides roughshod over reasoned arguments.

Enriching a few while impoverishing many

The state-corporate nexus has enriched a few and impoverished many. There have been no public demonstrations or petitions demanding tax cuts for corporations and the rich; privatisation of gas, water, electricity, railways, social care or parts of the national health service; closure of local libraries; inferior worker rights through zero hours contracts and fire and rehire of labour policies.

All of this has happened because the interests of wealthy elites have become embedded in the policies of the state to the detriment of normal people. Some 14.5 million people live in poverty. The poorest 10% of households pay 47.6% of their income in direct and indirect taxes, compared to 33.5% by the richest 10% of the households.

UK is a secretive state

Corruption flourishes in secret spaces. The Financial Secrecy Index ranks the UK as the twelfth most secretive state. Hot money floods to London, often through Crown Dependencies and UK Overseas Territories like Jersey and Caymans. In the words of the Nigerian anti-corruption tsar: London is “the most notorious safe haven for looted funds in the world”.

Meanwhile, no reforms are in sight.

The finance industry has long indulged in corrupt practices by rigging interest and foreign exchange rates, frauds and mis-selling numerous financial products. Yet there has been no independent public inquiry to cleanse the industry. Regulators do nothing to bring the long-running saga of frauds at HBOS and RBS to conclusion.

A police commissioner has stated that major banks have perpetrated “serious organised crime” against their customers, potentially causing billions of pounds of losses by forging signatures to win court cases and repossess homes. But there is no inquiry or prosecutions by any regulator or law enforcement agency.

Corrupt practices are revealed by whistle-blowers rather than regulators. The Pandora papers, the Panama papers, the Paradise papers, the HSBC leaks, the Jersey leaks and others have provided abundant evidence of dodgy financial dealings. They are crafted by armies of accountants, lawyers and finance experts, yet little has changed since those first revelations emerged. In 2018 the government launched the national economic crime centre to combat fraud and money laundering, but it is yet to launch a criminal prosecution.

Corrupt practices of UK-based business entities are often revealed by other countries. In 2012, a US Senate Committee provided evidence of HSBC’s involvement in money laundering. The bank admitted “criminal conduct”. It was fined $1.9bn and entered into a deferred prosecution agreement. There was no UK inquiry even though the bank was supervised by the Bank of England and the Financial Services Authority. In 2016, another US inquiry revealed that the then Chancellor George Osborne, the governor of the Bank of England and the Financial Services Authority had secretly written to the US authorities urging them to go easy on HSBC as it was too big to jail. This was not accompanied by any public statement.

Earlier this year, I drew parliament’s attention to the cover-up. There was no explanation from the government.

The Criminal Finances Act 2017 enacted the crime of ‘failure to prevent tax evasion’ so that corporations could be prosecuted, but no corporate body has been prosecuted. On many occasions, courts have declared the tax avoidance schemes designed by the big accounting firms to be unlawful. Yet none have been investigated, fined or prosecuted. The government’s response is to give lucrative contracts to the same accounting firms and has appointed their partners to the board of HMRC. Their partners sit on Panel’s deciding whether others have engaged in abusive tax practices.

The UK is drowning in political and institutional sleaze. Major reforms are needed at every level, starting with the institutions of democracy.