As activists took to the streets of Glasgow demanding justice for migrants, a record number of people crossed the English Channel by boat. 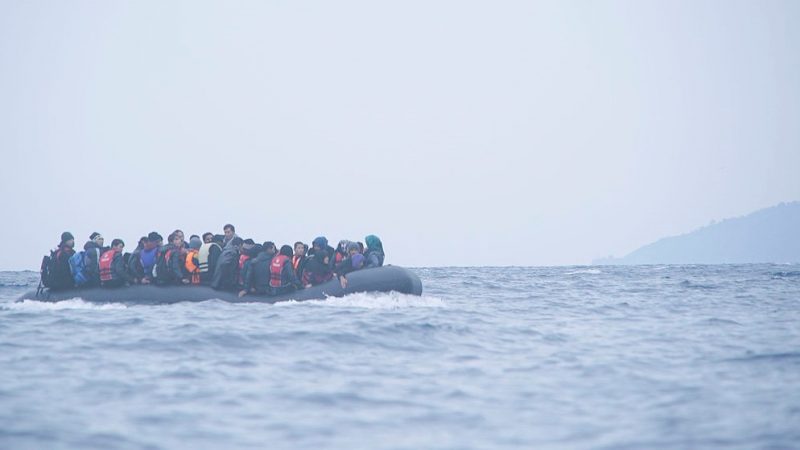 November 11 saw a record number of migrants cross the English Channel in a single day. With mild weather making the journey less risky, around 1,000 people reached the UK by small boats.

Those making the journey to Britain are from some of the most destitute and dangerous parts of the world, including Yemen, Sudan, and Iraq.

As Four Border Force vessels intercepted boats and escorted them to Dover, three migrants who were attempting the crossing on kayaks, are feared to be lost as sea, as the kayaks were found adrift near Calais.

According to French officials, migrants on the crossing reported the three people missing, joining others that have been registered missing in recent weeks, and two people who have been confirmed dead.

Thursday’s crossing number of around 1,000 people surpasses the previous record of 853 migrants travelling from France on board vessels to reach the UK, made on November 3.

A Home Office spokesperson referred to the number of migrants crossing the Channel on Thursday as “unacceptable”, with a Whitehall source accusing French authorities of losing control of the situation.

The UK government has repeatedly vowed to make the route unviable, something which has been condemned by critics of the government’s approach to tackling the migrant crisis.

Among the critics is the Refugee Council, which works with refugees and asylum seekers in the UK to provide support and advice. The organisation has said people who are fleeing war and terror don’t have the choice about how they seek safety and are being forced to take extraordinary measures.

The British Red Cross shares similar concern, saying: “Nobody puts their life at risk unless they are absolutely desperate and feel they have no other options.”

Amnesty International said that migrants are making these treacherous journeys “largely because there are no safe and legal routes open to them.”

On the same day as a record-number of people made the treacherous journey across the English Channel, activists gathered at COP26 to demand justice for migrants.

Campaigners marched through Glasgow to the city’s Home Office building, demanding better treatment for refugees and to put an end to the government’s hostile environment for migrants.

The activists called for the Nationality and Border Bill, the cornerstone of the government’s New Plan for Immigration, to be withdrawn. The Bill, which, according to the government, promises to deliver the “most comprehensive reform in decades to fix the broken asylum system,” has been described by the United Nations High Commissioner for Refugees (UNHCR), as potentially undermining established international refugee protection rules and practices that would break international law.

Under the reform, a new, lower class of refugee status would be created for those knowingly entering the UK without permission to claim asylum. The UNHCR said the Bill would lead to an unfair two-tier asylum system which would cause unnecessary suffering to asylum-seekers.

In 2019, the home secretary, Priti Patel, pledged to make migrant crossing an “infrequent phenomenon” by spring 2020 and to make the “route unviable”. At the same time, Patel struck a deal with French interior minister, to hand over an additional £55m to France to fund a tighter clampdown on small-boat crossings.

Two years on, and a record number of migrants, many fleeing poverty and persecution, are crossing the very route the home secretary pledged to make “unviable.”

The rise in the number of migrants crossing the Channel has led to experts warn that the UK’s tougher immigration and asylum policy is unlikely to curb the flow of migrants attempting to reach the UK by boat over the English Channel.

A spokesperson for the United Nations’ International Organisation for Migration (IOM) made such warnings, stating:

“Limited access to, or inadequate safe and legal avenues, are contributing to more people taking alternative means, including crossing the Channel in small boats.”