57% of Conservative Party voters think Paterson should’ve been fired rather than be allowed to resign, as do 73% of Labour and Liberal Democrat voters and 80% of SNP voters. 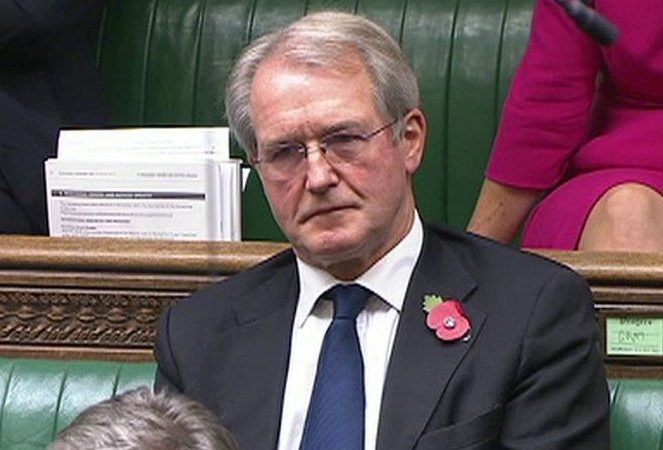 A majority of voters say that Boris Johnson should have sacked Owen Paterson following the lobbying scandal involving the Tory MP rather than letting him resign, an exclusive poll for LFF has found.

The poll, carried out by Savanta: ComRes, found that 59% of those asked thought that Boris Johnson should have sacked Owen Paterson following the lobbying row, with only 7% disagreeing.

When it came to party affiliation, 57% of Conservative Party voters think Paterson should’ve been fired rather than be allowed to resign, as do 73% of Labour and Liberal Democrat voters and 80% of SNP voters.

The findings come as the sleaze storm continues to engulf the Tory party, with Commons speaker Sir Lindsay Hoyle reported to be considering a review of the rules which could, significantly, include a ban on outside consultancy roles. The prime minister failed to appear in Parliament yesterday on a debate on the issue, with Keir Starmer accusing him of ‘running scared’ and ‘cowering away’.

The parliamentary commissioner for standards, Kathryn Stone, found that Paterson had “repeatedly” used his position as an MP to benefit two firms who paid him as a consultant, with the MPs watchdog recommending that he be suspended for 30 days. Yet rather than accepting the outcome of the independent watchdog, the government tried to get Paterson off the hook by moving a motion to block his suspension and scrapping the independent watchdog altogether.

That led to a public outcry, including among some Tory MPs, with Labour, SNP and the Lib Dems refusing to take part in any new watchdog set up by the government, leading to a humiliating U-turn, before Paterson resigned as MP for North Shropshire. He said he wanted to  remain a public servant ‘but outside the cruel world of politics’.

Johnson clearly thought he had a degree of impunity when it came to his decision to try to protect Paterson, but with the Tory supporting press also slamming the government for sleaze and with row continuing to rumble on, its caused the government more damage than they initially thought.

An Ipsos MORI survey carried out during the ongoing sleaze row sparked by the Owen Paterson scandal has shown the Conservatives losing their opinion poll lead, with the party down four percentage points on September to 35%.