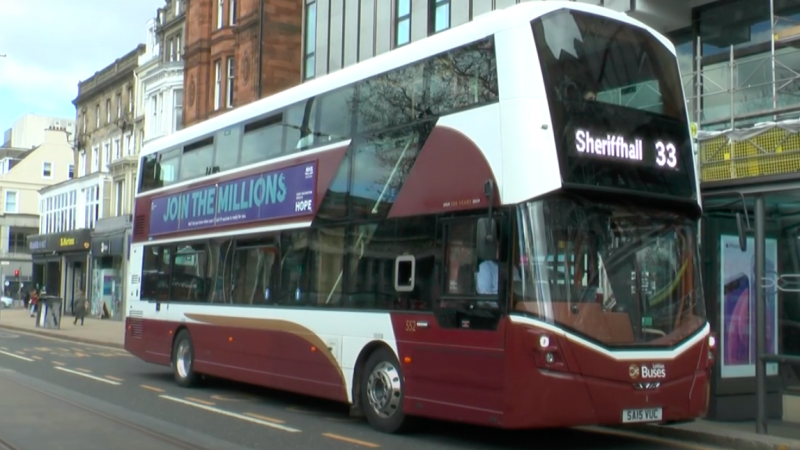 A statement of intent issued by eleven local Labour leaders ahead of next year’s council elections could see the West of Scotland become the next part of the UK to take back control of its bus network.

There are no Metro Mayors in Scotland. There is no Andy Burnham fronting the campaign for seamless London-style transport. Our public transport legislation, for years the weakest in the UK, has only recently been strengthened. And only after a concerted campaign for amendments to the Scottish Government’s Transport Act, giving real power to Scotland’s councils.

No longer should Edinburgh’s council-owned Lothian Buses, consistently ranked as one of the best bus services in the country, be an outlier. No longer should passengers have to tolerate a market failing them as consumers.

Our ambition is that all of Strathclyde Partnership for Transport’s (SPT) member authorities will co-operate, put local government in the driving seat and reassert public control over a bus network serving a population of 2.1 million. We would create the largest publicly-controlled bus network in Scotland, potentially the largest in the UK after London and Greater Manchester. A significant move but one that matches the scale of the challenge.

From 2007 to 2019, annual bus passenger journeys in Scotland plummeted by 121 million. 62 million vehicle kilometres have been stripped out of Scotland’s bus network, with subsidised routes accounting for a greater share of services. In fact, before the pandemic struck public funding accounted for 45% of total passenger revenue, in subsidies, concessionary fares and government grants. And yet passengers overall are still paying more, with fares up by a fifth over the last five years.

The broken bus market is not working for passengers and it is not delivering value for money for taxpayers. For many in society, the costs are even greater.

This summer former UN human rights rapporteur, Philip Alston, described 35 years of deregulation as “master class in how not to run an essential public service.” A New York University report he co-authored described how unaffordable and inadequate bus services had shut people out of employment, education and healthcare. De-regulation is not just a failed policy, it is affront to human rights.

Scotland will soon welcome the world to COP26 in Glasgow. Transport is Scotland’s largest single source of greenhouse gas emissions. Delegates coming to Scotland will visit a nation in which private car use has recovered to pre-pandemic levels while public transport is diminished and declining. Inaction has profound consequences, for our environment, for the travelling public and for those disadvantaged by deregulation.

Labour’s local leaders have pledged to act, to create a publicly-controlled bus network in the public interest. The Scottish Government must co-operate with willing local authorities too. It must end its excessive cuts to councils and ensure there is fair funding for local authorities pursuing London-style regulation and Lothian-style municipal ownership. So far, the Scottish Government have only ring-fenced central funding for authorities adopting altogether weaker partnership models with bus operators.

Empower local government and let us secure better bus services, run for passengers, not for profit.