‘We are proud to pay our taxes to reduce inequality, support stronger social care and the NHS,’ UK wealth holders write in a letter to Sunak. 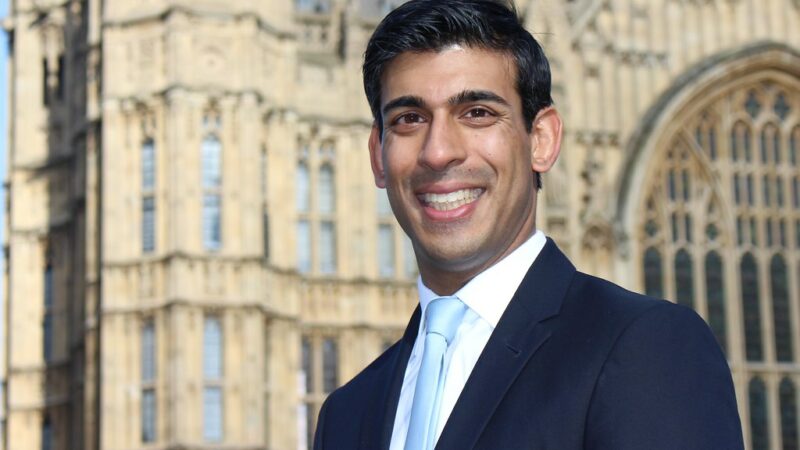 Around 30 millionaires in Britain are urging Rishi Sunak to tax the rich elite rather than those struggling financially.

In an open letter to Rishi Sunak titled ‘Proud to pay our taxes’, the group of UK wealth holders are requesting that the chancellor bestows the cost of recovery from the pandemic on them, rather than the young or those with lower incomes.

‘We can afford to contribute more’

Acknowledging the “immense pressure on the Treasury” to deal with crises ranging from inequality to Covid and climate change, the letter signatories wrote:

“We know where you can find that money – tax wealth holders like us. We can afford to contribute more, and we want to invest in repairing and improving our shared services. We are proud to pay our taxes to reduce inequality, support stronger social care and the NHS, and to ensure that we’re building a more just and green society.

“The cost of recovery cannot fall on the young or on those with lower incomes. There are many of us – people with wealth – who will support a more progressive system of taxation, and we urge you to do the same.

“When deciding on how to meet the financial gap, look to us. Repairing our country is more valuable than growing our wealth.”

National Insurance hike will ‘hit the poorest the hardest’

The millionaire signatories are from diverse backgrounds and industries. They warn the chancellor that the 1.25% hike to National Insurance the government is planning would “hit working people the hardest.” Instead, the government should consider introducing a policy which prioritises wealth tax, such as a review of property tax, the implementation of a net wealth tax, or the equalisation of capital gains with income tax.

The consortium of millionaires points to tax avoidance of the world’s richest that was unveiled in the Pandora Papers. What is the largest trove of leaked data exposing tax haven secrecy in history, was exposed by the Guardian earlier this month.

The revelations prompted a storm of reaction, including the Conservative government facing calls to return cash from donors named in the Pandora Papers with alleged links to corruption.

According to the signatories of the petition, the revelations revealed in the Pandora Papers “demonstrate again how powerful and rich people benefit from a two-tiered tax system.”

The group is part of Partners in Progress, the international arm of the Patriotic Millionaires movement. The arm is dedicated to rebalancing economies in favour of ordinary people everywhere, rather than an elite few. It uses the unexpected voice of wealth to persuade the media, commentators, and policymakers that it’s time to tax the rich, as well as paying decent wages and creating equal political power.

The millionaires’ requests echo demands made by charities, think-tanks, and the opposition, for the chancellor to prioritise helping those struggling financially in the Spending Review and second Budget of the year – to be announced on October 27.

Millions in arrears with household bills

Among those heeding warning to the chancellor is the Joseph Rowntree Foundation (JRF), dedicated to inspiring social change through research, policy and practice. Research by JRF shows that out of those with an income of £24,752 or less, a third are in arrears with household bills.

In light of the research, experts are warning that millions of families in Britain face a ‘debt crisis.’

Last week, Katie Schmuecker, deputy director for policy and partnerships at JRF, told the Independent: “We know the chancellor is capable of taking bold action to protect people from harm when it is required. Reinstating the £20 per week increase to universal credit and boosting funding for councils to tackle debt must be priorities in next week’s budget.”

SNP urges the chancellor to create emergency packages and funds

In Scotland, the SNP has called on the chancellor to introduce a multi-billion pound Brexit recovery package in this week’s Budget to assist households and businesses with rising costs related to leaving the European Union. The SNP is also urging Sunak to create an emergency fund for families that are struggling on low incomes in a bid to reverse growing levels of poverty.

Gary Stevenson, a former City trader who is a multimillionaire who signed the petition letter to Sunak, spoke of similar aims: “Instead of raising national insurance and taking £1,000 a year away from families on Universal Credit, the chancellor, who is a multimillionaire, should be taxing himself and people like me – people with wealth. We can’t expect to have a strong or stable recovery if the fiscal burden of it is placed on our care workers, street cleaners and teachers – key workers who deserve better – while we don’t tax the rich.”

Research into the case for a progressive annual tax wealth compiled by Greenwich University shows that by introducing a wealth tax on the richest 1% of households in Britain – those with fortunes in the excess of £3.6m – could create at least an additional £70bn a year.