'Scientists are clear that the next pandemic is coming'. 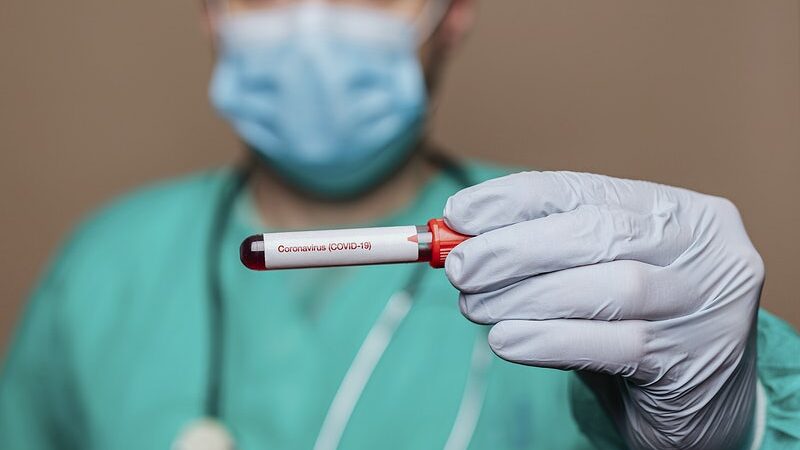 One of the most striking things about the pandemic is how little it has changed politics. The Conservatives are still comfortably ahead in the polls despite having presided over one of the worst public health disasters this country has seen.

On measure after measure – cases, hospitalisations, deaths and people living with Long Covid – we are far ahead of comparable nations. Instead of learning from their mistakes the Government wilfully continue. Calls for a change of direction from scientists and NHS leaders are routinely ignored.

“We are entering winter in a much worse position than western European neighbours,” wrote Independent SAGE member Christina Pagel this week. She contrasts the ‘vaccine-plus-mitigations’ strategy used in western Europe with the Government’s reliance on vaccines alone. Tolerating high case numbers has been a “deliberate policy decision”, as has the slow rollout of vaccinations among teenagers and lack of safety measures for children.

“We are right on the edge,” said Matthew Taylor, chief executive of the NHS Confederation. “It would require incredible luck for us not to find ourselves in a profound crisis over the next three months.” He called on the Government to immediately mandate mask wearing in public spaces, to recommend working from home and speed up booster vaccinations for older groups along with first and second doses for teenagers.

The Government, as so often before, refused to act, saying merely that it would keep “a close eye” on the situation. Meanwhile cases and deaths rise: Tuesday saw 263 deaths, the highest number for 7 months.

The Conservatives’ continued popularity is not solely due to lack of anger over their pandemic response. Boris Johnson’s optimism has its fans while signature policies including Brexit and levelling up are still being given time, at least by some.

Polls have shown that much of the public believes the Government have done the best job they can and doubt that an alternative government would have done better. Some of this, says Andy Beckett, could be due to diminishing awareness about how other countries are dealing with the pandemic. The pandemic is reported in an “insular way in England, with little reference to comparable countries’ stricter rules and lower death tolls.”

Beckett suggests that it could also be the result of a decade of social change. Between 2010 and 2015 alone Conservative policies resulted in 57,000 deaths. Like the thousands of English Covid fatalities since “freedom day” these deaths received little coverage. Ever since the Conservatives began to dismantle the protective state in 2010, with disastrous social consequences, “much of the media and the public have got used to looking the other way. To face up to the enormous human cost of modern Conservatism would make supporting them, as the supposedly safe choice of government, much harder to justify.”

Yet Labour could yet take the initiative. They have regularly used the pandemic to argue that the Government is incompetent, which while true in itself has not been sufficient to inform the public that a better strategy is both possible and desirable.

They could and should have made the case for a zero Covid strategy, using the advantage of being an island nation to control borders to keep out variants, or a European-style vaccines plus mitigations strategy. Doing so would have put more pressure on the Government to change course and could have been used to present Labour more clearly as a government in waiting.

Labour is now clearly calling for the Government to introduce Plan B, shorthand for the introduction of minimal mitigations including mandatory masks and working from home. Such measures are at the low end of what NHS leaders are calling for but would have at least some impact on case numbers and give the NHS some breathing space. It should go further by opening a new line of attack on the Government’s handling of the pandemic.

At least two parliamentary reports have now denounced the Covid response. Two weeks ago the Coronavirus: Lessons learned to date report castigated the Government for a series of catastrophic and avoidable errors which together contributed to a much higher death toll than would otherwise have occurred, including lack of preparedness, late lockdowns and lack of attention to vulnerable communities including people in social care and disabled and minority communities. Today a separate report has accused NHS test and trace of having “failed its main objective” despite “eye-watering” £37bn funding.

Without political backing these reports will disappear after a day’s headlines. Labour should make use of their conclusions and the examples of best practice in nations that have handled the pandemic more successfully than the UK to develop and commit to a pandemic preparedness plan to ensure that Covid failures are never repeated.

Politically this would mark a stark contrast with a Government that could not be more desperate to move the conversation onto other things. Scientists are clear that the next pandemic is coming. Covid may be the first for a long time to shut down the global economy but perhaps only because we have been lucky: Ebola viruses have spilled over from animals about 25 times in the past five decades. At least seven coronaviruses, including Covid-19, have brought illness and death.

A Labour pledge that never again will Britain enter a pandemic underprepared, with an NHS weakened by a decade of austerity, PPE stocks long abandoned, and with no plan to protect vulnerable groups, could be the best way to move the conversation on and gain the initiative. There are ample ideas from other nations and scientists from which to build a robust plan of action. Doing so could be the best way to take the initiative from Johnson’s Government and ensure that they pay a political price for their lethal failures.