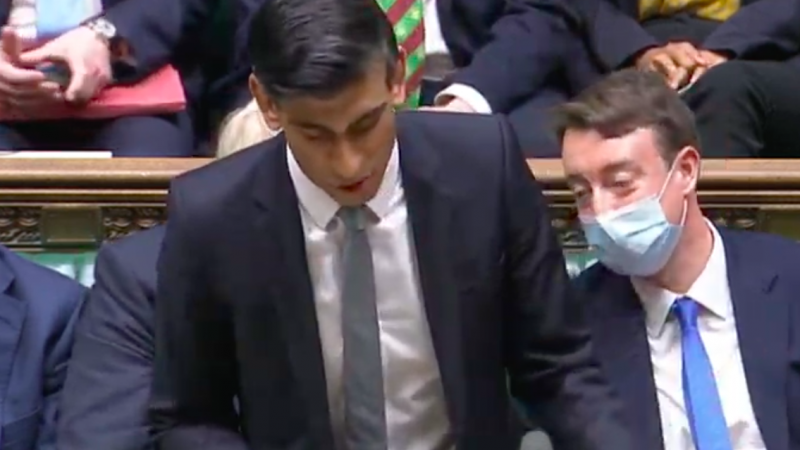 Chancellor Rishi Sunak has been slammed for announcing a cut to air passenger duty on short haul flights within the UK just days before the crucial COP26  climate summit.

The chancellor made the announcement during his budget speech this afternoon, leading many to question the government’s commitment to reducing carbon emissions just weeks before it holds a summit on the climate emergency.

Sunak told the Commons that flights between England, Scotland, Wales and Northern Ireland from April 2023 will be subject to a new lower rate of air passenger duty.

He said: “This will help the cost of living, with nine million passengers seeing their duty cut by half.

“It will bring people together across the UK.

“And because they tend to have a greater proportion of domestic passengers, it’s a boost to regional airports like Aberdeen, Belfast, Inverness and Southampton.”

Labour MP and former shadow chancellor John McDonnell tweeted: “So much for tackling climate change and fairness. Cutting air passenger duty on domestic flights undermines credibility before Cop26. So much for fairness, Sunak is cutting the levy on the Bankers who caused the economic crash in 2008.”

In the same budget, the chancellor also announced that the planned rise in fuel duty would be cancelled.

Responding to those announcements, shadow chancellor Rachel Reeves said: “At least the bankers on short-haul flights, sipping champagne, will be cheering this Budget today”.

The shadow chancellor also hit out at the Conservative party’s “waste, cronyism and vanity projects” as she stepped in for Keir Starmer today, who has tested positive for COVID.

Reeves said that there were some welcome measures in the budget, such as the increase in the National Living Wage, but that the government needed to “go further and faster” and follow Labour’s policy of making it £10 per hour.