Globally, 17% of all food is wasted, creating an estimated 8 to 10% of all greenhouse gas emissions. 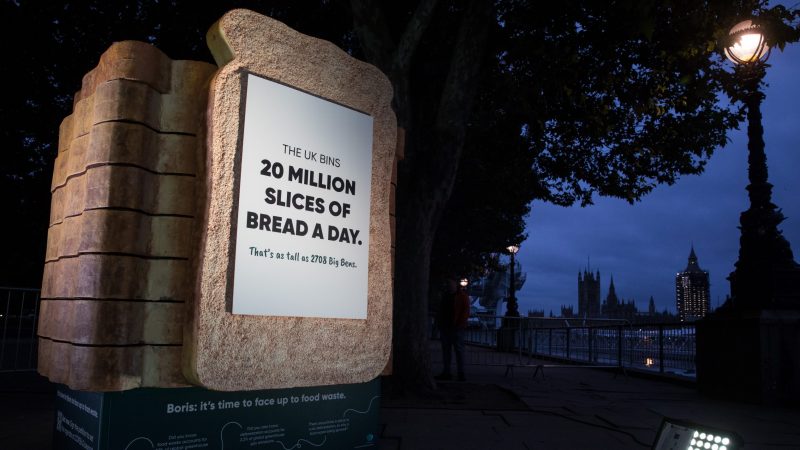 The Prime Minister is facing calls to add food waste to the agenda at COP26 and enshrine a reduction in waste into law by 2030.

A petition urging government action on the issue on actionnetwork.org has reached 16,563 signatures.

The petition reads: “Food waste is feeding climate change. I urge you to act now and take food waste seriously by making it part of the agenda at COP26 and make the 50% reduction in food waste commitment by 2030 law.

“It’s time to face up to food waste.”

A reduction in food waste reduction would have multiple benefits for people and the planet.

A report by the UN Environment programme estimated that around 931 million tonnes of food waste was generated globally in 2019, suggesting that 17% of total global food production may be wasted .

As well as being a contributor to ​​nature and biodiversity loss, it is estimated that 8 to 10% of global greenhouse gas emissions are associated with food that is not consumed.

The petition adds: “You have put legally binding policies in place to tackle all of these important areas. So why is food waste being ignored?”

Jamie Crummie, co-founder of Too Good To Go, an app that lets you buy food that would otherwise go to waste and that set up the petition, said that the lack of government action was “staggering”.

He said: “When you compare this to other climate issues like plastics, deforestation and aviation which are all getting the due attention they deserve, it begs the question: why isn’t food wasted taken as seriously?.

The company recently installed three temporary structures in the shadow of Westminster of three of the UK’s most wasted food items: potatoes, milk and bread.

The company recently installed sculptures of three of the UK’s most wasted food items – potatoes, milk and bread – on the South Bank in London.

The installation was aimed at raising awareness over the issue.

Crummie added: “Our hope is that this installation will kickstart some long overdue conversations about our global food waste crisis and inspire the government to step up by establishing tangible and concrete solutions in law, before it’s too late.”