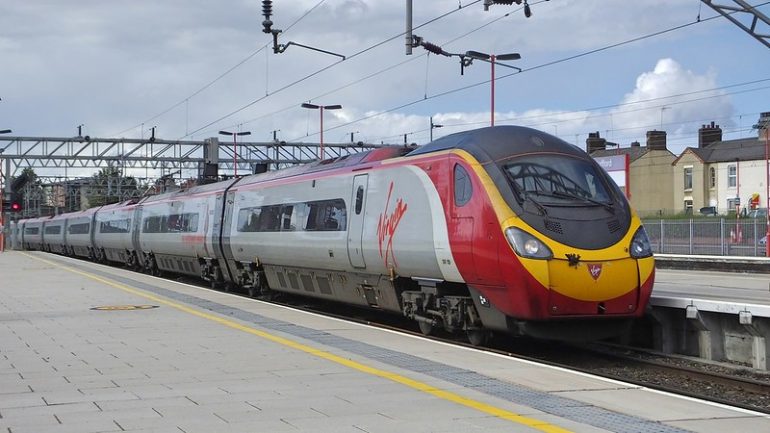 People are waking up to the fact that privatisation has failed the UK for nearly 40 years.

In The Times, Jon Yeomans talks about Thatcher’s sell offs, saying “More than 30 years later, Britain lives with the consequences of that 1980s revolution. From buses to trains to energy, there are signs that the wheels may be coming off.”

In The Herald, Lesley Riddoch asks on behalf of frustrated Scots “Is there any way to escape privatised Britain other than independence?”

Scotland is bringing its railway into public ownership.

Wales is bringing its railway into public ownership.

The East Coast line was brought into public ownership in 2018 (it’s now run by the government’s operator of last resort).

The Northern franchise was brought into public ownership in 2020.

And this week Southeastern, after defrauding the government of £25 million, has also been brought into public hands.

As The Telegraph (yes, the Telegraph) said: “The Southeastern debacle exposes the failure of Britain’s rail privatisation”.

It’s not just rail – with Covid, the bus ‘market’ (never much of a market) is collapsing.

The Guardian, commenting on the proposed merger of Stagecoach and National Express, said: “Passengers, who have seen rail fares rocket and local bus services wither, may also hope this signals the end of a chapter when a few could profit so enormously from an essential public service.”

Meanwhile Andy Burnham, Mayor of Greater Manchester, who has committed to re-regulating the buses there (a victory of our campaign!) commented, about himself and Mayors Tracy Brabin and Dan Jarvis: “Between us we are rolling back the 1980s, we are overturning the Thatcher legacy.”

There’s a shift happening. Who will read the room?

At the Labour party conference, shadow energy secretary Ed Miliband talked about the Green New Deal, committing to “a green Britain where public and alternative models of ownership play their proper role in making the transition affordable, secure and fair.”

And Labour delegates voted for a Green New Deal, including public ownership of transport and energy, with speech after inspiring speech explaining why this is needed.

Despite all of this, Keir Starmer (who hasn’t responded yet to our open letter) and his shadow chancellor Rachel Reeves have said they don’t support nationalising the energy supply companies. They’ve said they don’t want to be “ideological” about it.

But the truth, as our Director, Cat Hobbs, writes in the Guardian, is that privatisation is an extreme ideological experiment that has failed us all for decades, and people have had enough of it.

When the Times, the Telegraph, the Herald and the Guardian are questioning privatisation, when more and more of our railway is being brought into public ownership, when Mayors are re-regulating buses, and when the energy market is in crisis – there’s a shift happening.

In 1986, when Thatcher sold off British Gas, the company was floated on the stock market, accompanied by the famous ‘Tell Sid’ advertising campaign. The idea was that no ordinary person would want to remain unenlightened about the “opportunity” to get their hands on some of the spoils.

The public have woken up to this as a false promise. We see that we are all better off when our utilities and public services are in public hands, and the ‘Sids’ that need telling this time are sitting in Westminster.

Will they remain in the dark?

Spread the word with your own ‘Tell Sid: Privatisation has failed’ T-shirt!

Cat Hobbs is the founder and director of We Own It, the group campaigning for public ownership. Read the original blog over on We Own It.