"Jewish confidence in the police is not helped by revelations of police officers affiliated to neo-Nazi groups or who participate in racist WhatsApp groups." 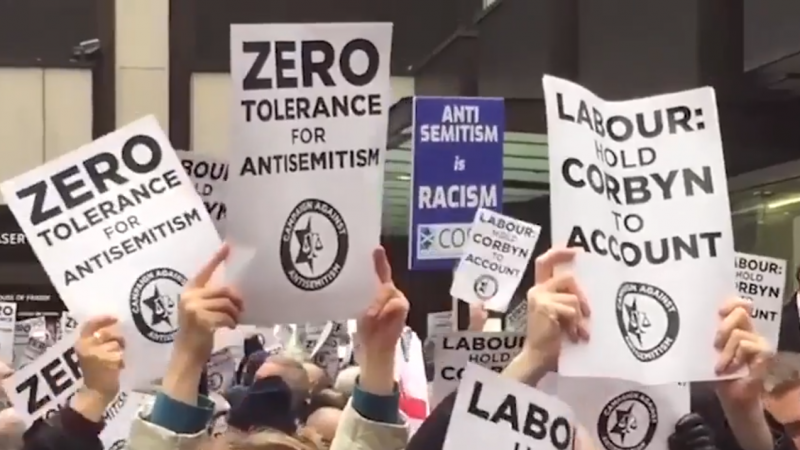 Almost half of voters in the UK believe that the police have a problem with antisemitism, an exclusive poll for LFF has found.

A further 25% of respondents said they did not know.

Additionally, almost one in five respondents (17%) said they thought that police had a “significant” problem with antisemitism.

Voters who live in London have the highest concern about the issue, with 56% of people saying they believe it is a problem, followed by 52% of people in Wales and 52% in both Scotland and the North-West.

In terms of party affiliation, 60% of those who voted for Labour in the 2019 election think that the police have a problem with antisemitism, compared to 42% of Conservative voters and 60% of Liberal Democrat voters.

A spokesperson for Campaign Against Antisemitism said: “These are sobering figures that tally extraordinarily closely with how the Jewish community itself feels about the police. Our research has shown that four in ten British Jews do not believe that the police do enough to protect them.

“Jewish confidence in the police is not helped by revelations of police officers affiliated to neo-Nazi groups or who participate in racist WhatsApp groups. Nor is it boosted by questionable policy decisions, such as the Met’s refusal to prohibit a second ‘Free Palestine’ convoy to drive through London earlier this year, even after the first convoy was involved in wholesale harassment of Jewish neighbourhoods and numerous antisemitic hate crimes.

“This poll shows that, while the Jewish community is indebted to our police forces for the immense good that they do, our concerns with shortcomings in British policing are registering with the wider public. We hope that this will lead to the changes we need.”

While concern about antisemitism in the police is high, concerns about problems with racism, sexism and class bias are even higher.

Dave Rich, Director of Policy at Community Security Trust (CST), said: “Given recent events it may not be a surprise that this poll has found a generalised concern amongst the public that the prejudices of wider society are reflected in the police.

“There is less concern that antisemitism is a problem than other forms of discrimination, but this is not grounds for complacency.

“Community confidence in the police is a vital part of tackling hate crime and it is important for this to be maintained.”

Antisemitic hate crime in general have seen a rise this year.

CST recorded 1,308 antisemitic incidents across the UK in the first six months of 2021, the highest total reported to CST in the January to June period of any year and an increase of 49% from the number of incidents recorded in the same half of the previous year.

In May 2021, the month when the conflict in the Middle East intensified, 639 antisemitic incidents were reported to CST, the highest ever monthly total recorded.

This record figure is due to the spike in anti-Jewish hate reported during and in the aftermath of the escalation in violence in Israel and Palestine.

A Home Office spokesperson said: “We are clear that any form of prejudice in policing is unacceptable and the Government remains committed with police leaders to address these issues and keep our communities safe.

“Allegations of racism including anti-Semitism should be treated extremely seriously by the police and any allegations of misconduct aggravated by discrimination must be referred immediately to the IOPC.

“We are working closely with the police to deliver the diverse police workforce that our communities need.”