Sarah Everard was murdered by a serving police officer. Now new polling for LFF reveals widespread concerns over sexism in the police force. 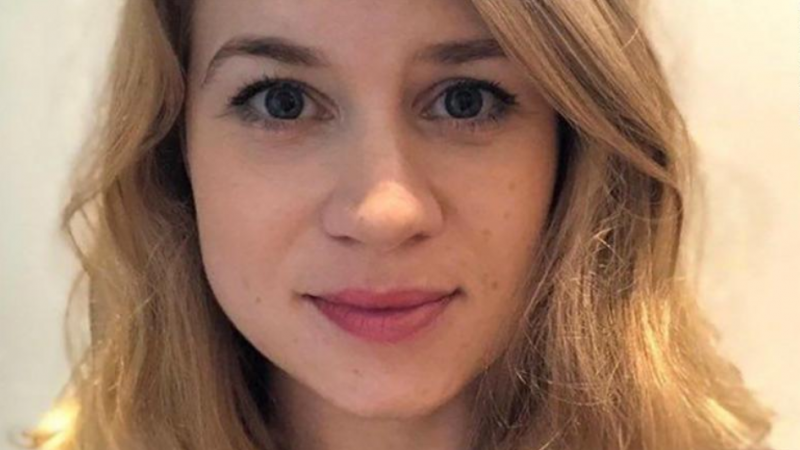 Nearly two thirds of women in Britain believe the police have a problem with sexism, according to exclusive Savanta ComRes polling for Left Foot Forward.

As the Prime Minister told Conservative party conference that ‘levelling up means…putting more police out on the beat, as we are, and toughening sentences’ – LFF received polling showing how little faith the public has in the police service when it comes to tackling sexism.

Johnson told Tory conference in Manchester today: “Too many lying bullying cowardly men are using the law’s delay to get away with violence against women, and we cannot and we will not stand for it”.

But the Savanta ComRes polling – conducted after the sentencing of Wayne Couzens, a serving police officer when he kidnapped, raped and murdered Sarah Everard in Clapham in March this year – reveals that voters believe the police forces tasked with tackling violence against women are themselves sexist.

Last week saw calls for Met police chief Cressida Dick to resign, after Couzens’ was handed a full-life sentence. Labour’s Harriet Harman MP told Times Radio that there needs to be a “whole plan of action to change the attitudes and the actions in the police.

Prosecutions for rape have fallen to a record low, with Keir Starmer recently highlighting out that 98.4% of reported rape cases do not result in charges. And more than 750 Met Police employees have faced sexual misconduct allegations since 2010 – with just 83 sacked, according to figures revealed by the i.

Now a representative poll for LFF has found that 59% of adults in Britain believe that the police have a problem with sexism, including 54% of men and 64% of women.

Strikingly for the Conservatives amid their party’s conference, 54 per cent of the party’s voters say the police have a problem with sexism. An overwhelming three quarter (74%) of Labour voters agree.

Over a quarter of women (27%) believe the police have a ‘significant’ problem with sexism, as well as another 37% who believe the service has ‘something of a problem’.

62 per cent of those in London say the police have a sexism problem, as well as 61 per cent in Scotland, and a startling 68 per cent in the North West of England.

Confidence in the police when it comes to tackling sexism may have taken a knock after the Met police doubled down – rather than apologising and pledging real reform – after Couzens’ conviction. The force has repeatedly referred to him as a ‘former’ police officer, despite him being a serving officer at the time of his crime.

Ruth Davison, CEO of the charity Refuge, said she was ‘sadly not surprised’ by these statistics: “We know from our work with women who experience domestic abuse that trust in the police is incredibly low. Refuge has repeatedly pointed out the culture of misogyny in the police which allows sexism to continue unchallenged.

“The way in which Wayne Couzens, a serving police officer, was able to abuse his position to kidnap, rape and murder Sarah Everard, a woman who was walking home has horrified us all. The time for words is over, and the time for action is now.”

The Met faced a backlash in the wake of Couzens’ conviction for telling women to flag down a bus or call 999 if they were approached by a lone officer – advice backed up by the PM. Many women pointed out that bus drivers would be unlikely to stop and defend someone apparently being arrested, while kidnappers or police officers alike would be unlikely to allow a potential victim to make a phone call or ‘run into a house’.

It is an offence to resist or wilfully obstruct a constable in the execution of his duty. Couzens had used his police warrant card and handcuffs to abduct Everard near Clapham Common in South London.

The police response has led to growing calls for an overhaul of how policing works in London and across England and Wales following Sarah Everard’s murder.

Wera Hobhouse MP, the Liberal Democrat Justice spokesperson, told LFF: “These figures are extremely worrying and lay bare the sexist culture within the Police. Women’s trust in the police cannot be rebuilt until officers are held accountable for their own misconduct. As it stands, women’s confidence in the police is shattered and I don’t see how this is restored unless there is a change in leadership and culture.

Unmesh Desai, London Assembly member and London police and crime lead, told LFF: “This new polling data reinforces the fact that police forces across the country have a lot of work on their hands to restore public confidence, particularly amongst women. This will be a long process, but it is absolutely vital that women and girls can feel safe in turning to the police for help if they are in any danger.

“The horrific death of Sarah Everard and the circumstances leading up to it exposed a catalogue of failings by the Met, especially when it came to vetting procedures. It also unearthed a culture of misogyny and sexism amongst some parts of the force that needs to be urgently rooted out.

Under pressure to resign, Met Police commissioner Cressida Dick has now ordered an independent review into ‘standards and culture’ at the force. Home Secretary Priti Patel also announced on Tuesday that a new two-part inquiry would examine police vetting practices, professional standards and wider issues around workplace conduct in the service.

Desai backed the two inquiries recently launched into the problem, but added: “Londoners will want to see robust recommendations being implemented as a result of these, and an immediate action plan for the Met to take up.”

Both Unmesh Desai and Wera Hobhouse are calling for misogyny to be made a hate crime. Desai said: “It was both very disappointing and perplexing to see Boris Johnson come out against this yesterday, when his own Government promised to trial asking police forces to record gender-based hate crime back in March”.