'Ironically, many of the same airlines enrolled in the effort have been making money deporting Afghans from Europe for years, directly endangering the people they recently evacuated.' 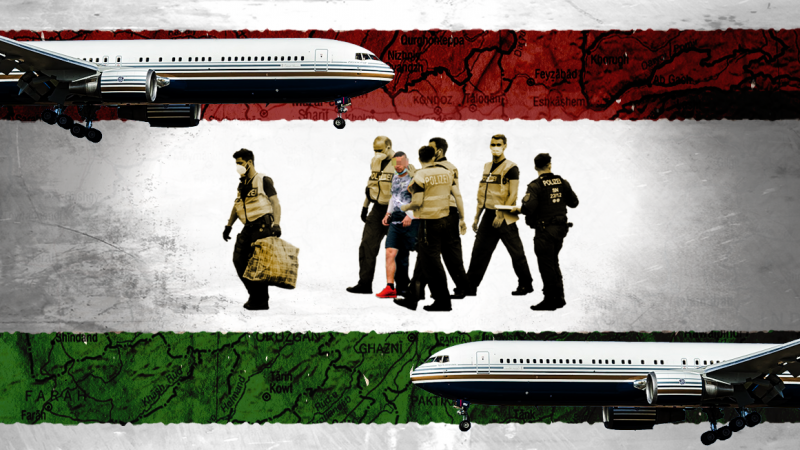 The dramatic resurgence of the Taliban following the international troop withdrawal from Afghanistan last month triggered an immense evacuation effort that played out on screens across the world. At least 120,000 people were airlifted from Kabul in the scramble to rescue foreign nationals and vulnerable Afghans before the 31 August deadline set by coalition governments. Ironically, many of the same airlines enrolled in the effort have been making money deporting Afghans from Europe for years, directly endangering the people they recently evacuated.

According to government figures, the Home Office refused the vast majority of Afghan asylum applications during the 20 years of occupation and war in Afghanistan. Only 8,869 out of 58,020 people, or 15%, were granted refugee status or humanitarian protection when they first made their asylum claims.

Over 15,000 Afghans have been forcibly returned to the war zone on mass deportation flights from the UK since 2008. This is a higher figure than any other European country. The UK along with Germany was Europe’s biggest contributor of troops throughout the war, though precise numbers deployed oscillated with various phases of the occupation.

The last mass deportation charter flight to Afghanistan from the UK was in 2015. Since then, individuals have been deported on commercial flights. Deportations to Afghanistan were justified on the grounds that the British and American occupation had made the country ‘safe’, despite the persistence of the Taliban and the extreme poverty brought about by decades of foreign occupation and conflict. Numerous cases were reported of individuals being executed or killed in bombings following their expulsion to the country, although there is no consistent post-deportation record-keeping. These individuals would still be alive had governments, immigration judges and airlines listened to the pleas of those who risked everything to come to Europe in search of safety.

Flight-tracking site FlightRadar24 lists 49 airlines that were involved in the evacuation of Afghans from processing hubs set up in the Middle East.

Of those 49, we found charter airlines Privilege Style, EuroAtlantic, Titan and Hi Fly have carried out mass deportation charter flights from Europe to Afghanistan in recent years. Two airlines, Turkish and SAS, had deported people to Afghanistan on commercial flights. TUI, AirTanker and Wamos had all run other mass-deportation flights for the UK Home Office.

Spanish carrier Privilege Style, and Portuguese company EuroAtlantic, were both deporting people to Afghanistan up until the summer. The first, of #Jamaica50 deportation notoriety,  is one of the most active charter deportation airlines in Europe. According to campaigners, Privilege Style flew all 10 mass deportations to Afghanistan from Germany in 2020-21, including one as recently as July. Just a few weeks later, when the tide turned in favour of displaced Afghans, the airline began transporting people in the other direction. EuroAtlantic has carried out four documented mass deportations to Afghanistan this year. These were coordinated by Frontex (the European Border and Coast Guard Agency) on behalf of Austria and Sweden, with Bulgaria, Romania and Finland also contributing deportees.

Turkish Airlines was another company involved in the evacuation mission, gaining publicity when one of its Afghan evacuees gave birth mid-air.  Yet anti-deportation campaigners know the company as a perennial deporter to Afghanistan from the UK and other European countries. The airline’s involvement in the UK deportation business briefly caught the media’s attention in 2017 when passengers released footage of an Afghan asylum seeker’s violent treatment. The footage shows Tascor escorts restraining and hitting the deportee who screams “I can’t breathe”, before being taken off the flight.

It is no accident that deportation profits are kept a secret. However, we do know that the average cost of a single charter deportation flight from the UK in 2020, mainly to other European countries, was £193,567,  a significant proportion of which would have lined the company’s pockets.

The deportation machine exists because there is profit to be made from it. From the airlines doing the physical task of expulsion, to the racist tabloids getting hits from xenophobic scare stories, the “hostile environment” is maintained by numerous corporations working together with governments. The momentary wave of sympathy evoked by the images of Afghans fleeing the Taliban is empty unless protection is granted to the thousands of Afghan asylum seekers who have been struggling here, and the many more who will try to come.

Full details on the airlines and wider story can be read here.

Corporate Watch (www.corporatewatch.org) is a research group that helps people stand up against corporations and capitalism.