'In Britain we tax income rather than wealth. This no longer makes sense in our day and age, if it ever did'. 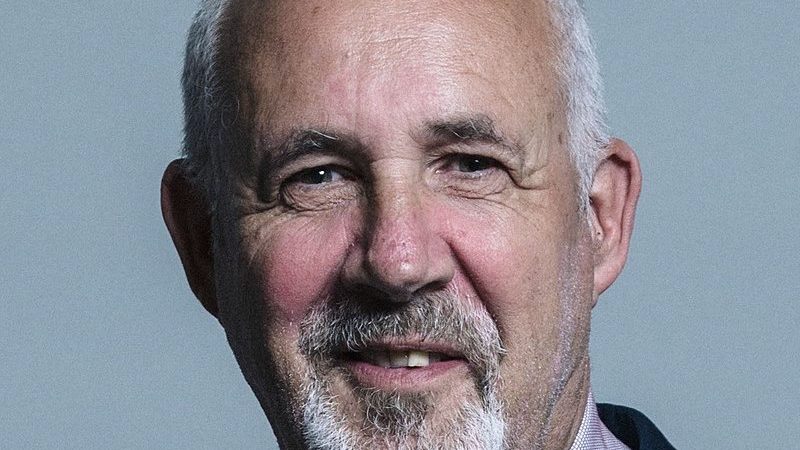 Jon Trickett is the Labour MP for Hemsworth

Last week, I published a report that proposes a radical overhaul of our tax system. In Britain we tax income rather than wealth. This no longer makes sense in our day and age, if it ever did.

In the last 40 years, huge sums of wealth have been accumulated in the bank accounts of a super-rich elite. The richest 250 people in our country have increased their wealth by £106 billion since the beginning of the pandemic alone. How can that be right when our NHS, starved by a decade of austerity, has lacked the resources it needs to look after people?

We were once one of the most productive economies in the world, but now we have fallen behind. The communities that once powered the industrial revolution have been discarded by successive governments and pushed into decline. There are 14 million people living in poverty in our country and there has been a 33% increase in the use of foodbanks in the last year.

I’ve been arguing for many years that communities such as mine in West Yorkshire have been systematically held back and that we urgently need to redress the extreme inequality that Thatcherism set in motion. But how do we do it?

I believe it’s time the accumulated wealth that is currently lying unproductive in the bank accounts of the richest or hidden away in offshore schemes is put to social use for the benefit of all. It’s time we taxed wealth, by which I mean financial and non-financial assets.

My report includes four different options for a Wealth Tax that could work in the UK. I have a personal preference, but will be interested to listen to the debate about how best to implement a wealth tax, once the general principle has been agreed!

Then there is the option of an annual tax. This could be graduated at different rates for different wealth brackets, excluding primary place of residence. A tax on individual wealth between £2-5 million at a rate of 1%, £5-10 million at 1.5% and £10+ at 2%, would raise £112 billion over a five year period.

Finally, there is the option of a hybrid tax that includes a one off tax like the second option, combined with an annual tax on wealth gained subsequently.

As we have seen from the wealth accrued by the super-rich during the pandemic, it is clear that a significant amount of money could be raised this way. My office has calculated that a hybrid tax could raise an initial £197.6 billion, plus an additional £21.3 billion a year subsequently. Therefore, £304.1 billion could be raised over a 5 year period.

The estimates for these four different options are deliberately conservative to account for behavioural changes, administration costs, and other factors.

This additional revenue could be used to fund our public services properly, drive up productivity in every region and invest in green industries that can compete with the best in the world.

However the left has often been regarded as vulnerable to the charge that we are only happy to tax and spend. This is not completely true, but it is correct to say that the country is partly in decline because of falling productivity as a result of low levels of investment. I believe that a primary function of the revenues which are achieved from a wealth tax must be to rebuild the economy by direct investment – but with the principles of social justice at its heart.

A Wealth Tax is a bold policy but our times call for nothing less. It is both morally and fiscally the right thing to do. My report shows how it can be achieved. I urge the Labour leadership to adopt this policy as its own.