Voters are yet to be convinced of the breakaway party led by Alex Salmond, writes Derek McArthur. 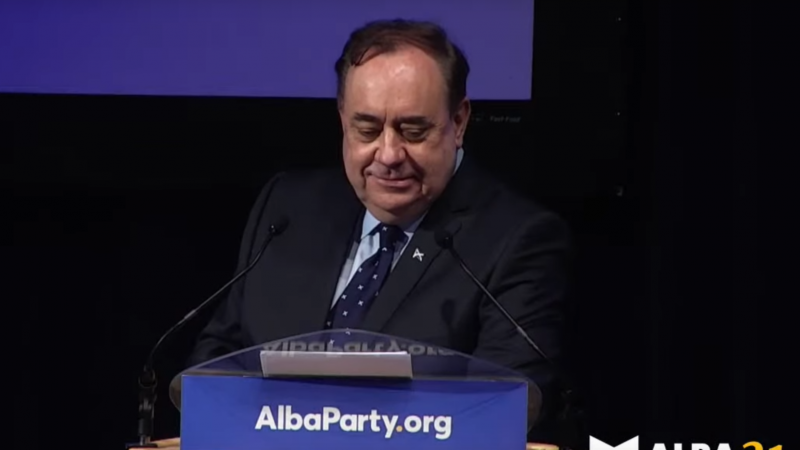 Alba’s first conference in Inverclyde would probably look similar to an SNP conference when it used to occupy halls of a similar size – but the modern world looks much different from those nostalgic memories. If the Alba Party is serious about bringing Scotland into the future, perhaps some parts need to be left in the past.

The roars that shook the hall illustrate that Alba has effectively managed to capitalise on the falling priority of independence as the SNP focuses on everyday governance. Salmond’s party has lowered its anchor on being a party that will push independence now and not later. It’s an appealing premise for those that have desired self-determination for much of their political life. For those people, it must feel like the prize is now there to grab. But it’s yet to be seen whether Alba’s voice can reach beyond those hall walls.

Alba’s first public showing was the infamously dismal Holyrood election where even their leader Alex Salmond, the former First Minister for seven years, could not get more than 2% of the list vote in an area he once dominated. The idea of a ‘supermajority’, where an alternative pro-independence party could sweep up the list where the SNP could not, is strategically sound. So how did it go so wrong?

As with most things, the problems start at the top. Salmond is a personable and well-oiled machine of a speaker. His closing speech at the weekend was the same sort of oratorical brilliance that made him such a force in Scottish politics to begin with. But people have moved on. While certain sections remain loyal, public opinion polls show that he is a liability following a hugely controversial period.

And controversy seems to be a running theme with various defectors being saddled with scandals of their own. One of the more well-received speakers was local hero turned convicted perjurer Tommy Sheridan. As the Alba crowd welcomed him with open arms, the allegations of him using the socialist movement to protect his own personal interests – and consequently halting the ascendancy of the Scottish Socialist Party – still leave a bitter taste in the mouths of many.

Some of the more credible left-wing figures in the party have attempted to frame Alba as a socialist party that explicitly rejects the neoliberal elements of the SNP. But this ignores what the unifiers at the heart of the party actually are.

Instead of the vision of a new combative flank that can push Nicola Sturgeon to the left and keep her to promises (“the grit in the independence oyster” was a common press soundbite), an outsider’s perspective would likely see the party as a haven for beliefs and alliances that have fallen out of favour for good reason. Some of these beliefs will struggle to bring new people into the fold and fail to provide Alba with much-needed electoral legitimacy.

While the debate over gender self-identification comes to a close, as it passes into Scottish law within the next year, Alba has gleefully absorbed a lot of the anti-trans panic that has come with it. In fact, it has been a main building stone of their support. It is a contradiction that Alba could be a constructive force for independence or progressive values while they are so willing to throw a vulnerable minority under the bus. It’s hard to imagine how unappealing it all looks to the open-minded young people that desperately need to be engaged with if there’s any chance of building a fair and free Scotland. To this end, it’s clear why the Scottish Greens have entered an unprecedented age of support and power.

Alba is hoping that next year’s council elections will be their stamp of legitimacy. The party speaks of promising fortunes in their future, but seems unwilling to engage with any of the issues that limit their appeal.

Alex Salmond broadened the scope of the SNP and pushed independence into the mainstream. But sitting in that stuffy hall with several hundred others, I had the feeling they were the only ones who still believed in the magic powers of ole Alec.