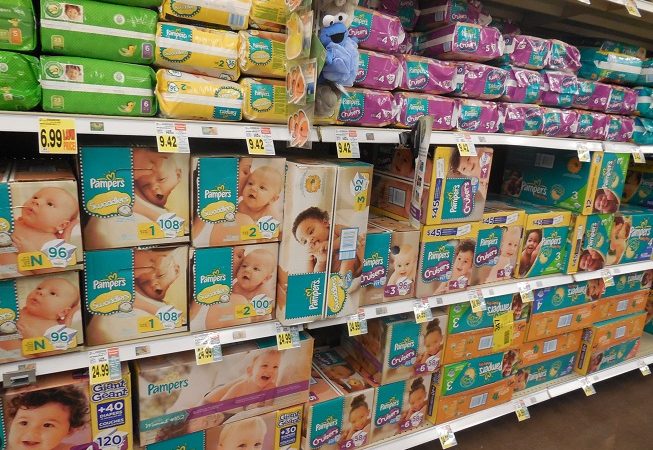 It was about disposable nappies. The story is a curious hybrid, a mixture of shock/horror “hardworking families face Green tax blow” in classic Daily Mail-speak, combined with “oh but we hate plastic waste and plastic pollution”, typical of a publication that I knew as Green Party leader I could get a rare positive comment out of by talking about reducing plastic carrier bag use.

The attribution of the story was to “a Whitehall source involved in the nappy policy”. I suspect that is not what is written on their business card. But nonetheless consideration of who they are, and why the story appeared, is instructive.

First there’s the “dead cat” thesis. The government really does not want the Mail focusing on Afghanistan. By pushing two of its standard buttons in one story, it is taking attention elsewhere.

There’s probably an element of that. And it in no way needs to be in opposition to two alternative theories about the other motivation.

First, it could be that this was a story leaked by opponents – in Whitehall or the government – to the idea of a disposable nappy levy, to ensure that the real cost of these environmentally disastrous products, the waste disposal costs that all local government bodies bear, the litter on the streets, the climate and nature damage done by this profoundly wasteful use of resources, is reflected on the price tag.

The idea being that the claim that the cost would fall on “hardworking families” would kill the idea of tackling the problem of three billion disposable nappies going into landfill or incineration each year.

Second, it could have come from a proponent, seeking to soften up the government – able now to point the way in which the Mail, of all media outlets, sat on the fence in the story, almost, if not quite, pointing out that we’re all paying the cost for these products – £600 million a year in local authority disposal costs – while the manufacturers profit, and the nappies moulder in landfill for 300 years, or pollute the recycling waste stream to further environmental detriment.

Evidence for the second theory comes from the reaction. Defra sources speaking to Alex Wickham in the Politico London newsletter went full-on tabloid, Wickham recorded that a “raging” government source said: “The story is much like a bulging nappy (full of sh*t).”

Later in the day, the Mirror had a less colourful rebuttal, in which a spokesperson for Defra used the obligatory (I suspect every minister and spokesperson has it Post-it Note on their computer mandating its use) term “world-leading” claim, in this case referring to plastic waste.

Which is demonstrably untrue, since the story also referred to a government consultation on banning plastic plates, cutlery and polystyrene cups, a ban that the EU has already largely implemented.

All of this comes in the context of the Environment Bill returning for Report Stage in the House of Lords next week, in which the issue of plastic waste will take a – rightly – significant place. And where it crosses surprising political boundaries.

Conservative – very conservative – Baroness Neville-Rolfe has tabled an amendment calling for promotion of reusable nappies. And I’m pleased to say I entirely agree with the baroness. That isn’t something I say often.

For what’s missing from the Mail story, and much of the debate, is how costly disposable nappies are to individual households – in many cases the same households about to be hit by the governments £20 drop in Universal Credit.

These are households where well over 30 percent of children are living in poverty, a figure that rises to over 40 percent in some parts of these islands. As I wrote in Public Sector Focus, this is another case study where environmental policies have “co-benefits” – tackle our crisis of poverty and inequality, as well as “green” issues.

Should we enable those households to use reusable nappies, with all their environmental benefits, they’d benefit over an average of two and a half years by having a little extra cash for food, rent and other essentials. That’s particularly crucial should the Universal Credit cut go ahead.

I’ll also be tabling an amendment – a development from that I presented at Committee stage of the Environment Bill debate – going further than Baroness Neville-Rolfe’s, looking to include also adult incontinence products, which in our ageing society are only going to become an increasing issue.

In the House of Lords we’ll be presenting the evidence, making the impossible-to-argue-against case that we have to stop trashing this planet and creating a miserable, poverty-ridden, often viscerally grotty, society. That’s how these issues should be debated, and decided, as they are in more democratic societies with functional political systems.

But what we have in England is government decision-making by media duel. This is no way to run a country, to make policy in the midst of a climate emergency and nature crisis, in a society riven by poverty and inequality, in which so many families are struggling to put food on the table, keep a roof over their head, and to provide their children with the childhood they’ve always wished to give them.