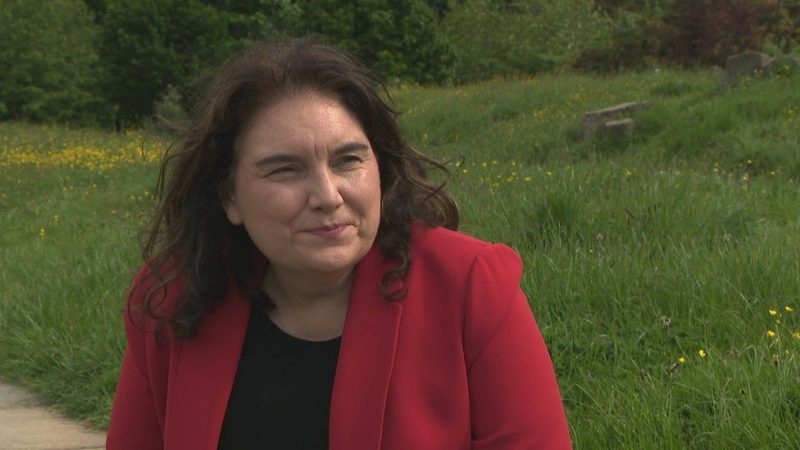 Katy Clark is Labour MSP for the West Scotland region. This piece is an extract from ‘Scottish Independence: There is a third option’ by the Red Paper Collective, released next week.

A significant driver of support for constitutional change in Scotland has been discontent with aspects of Westminster foreign affairs and defence policy. But right now, the Scottish Parliament has little role in international policy.

It does however regularly discuss international issues, and votes on motions relating to a wide range of foreign affairs and defence related matters.

The Scottish Government is anti-nuclear but not anti-NATO. There is a widespread view in Scotland that the Parliament should support humanitarian projects and in the Parliament that the current aid cuts are unacceptable. There is no consensus in support of a principled stance against Western military intervention or a broader analysis of the West’s role or focus on the extent to which Scotland seek to rupture from this settlement.

The Scottish Government also has a small international budget. It undertakes work relating to several countries, and on specific issues such as safe water, and women and girls. Unlike the German Lander, it does not have the right to enter international treaties. Whatever position the Scottish Parliament or Scottish Government takes, they have no direct input into any aspect of foreign policy taken at a UK level.

Of course, the view of many politicians south of the border is that the pro-independence side failed in the 2014 referendum, and so the UK Government and UK institutions are entitled to continue making decisions irrespective of views in Scotland. There will be many who oppose independence in Scotland who also take that view. They may think that the contention that the Scottish Parliament should have a role in international policy is ludicrous and will not countenance the idea that the Scottish Parliament should have any powers in relation to defence or foreign affairs.

This fundamentally misunderstands the outcome of the 2014 referendum. The debate which led up to the vote clearly showed the discontent with the status quo and the wish for major constitutional change in Scotland, not just among those who voted Yes but also among many who voted No. Those advocating a No vote in the Better Together campaign argued that it was possible to get the best of both worlds with decisions affecting Scotland being taken in Scotland within the context of a strong UK. This “strong Scotland in a strong UK” had militaristic overtures to some.

Many leading No campaigners argued the union was a relationship of partners. The obvious counter argument to this remains that the larger population of England means without constitutional locks the House of Commons parliamentary arithmetic will usually mean that Scottish representation can be outvoted.

Similarly, the Brexit referendum of 2016 did not have any constitutional lock to require each nation of the UK to agree to leaving the European Union. So, whilst the majority of those voting in England and Wales voted to leave the European Union, those voting in Scotland and Northern Ireland did not. The Brexit decision has consequently reignited the continuing constitutional debate in Scotland, with Scotland re-joining the EU becoming a central component of the SNP’s post-independence prospectus.

The opposition to the Thatcher government resulted in the Tories failing to get even one MP elected in Scotland at the 1997 general election. This highlighted what had been a growing disconnect between Scotland and England. With this in mind it is now perfectly legitimate to scope out how political structures can be further changed.

The Arms Industry in Scotland

There is a large defence and arms manufacturing sector in Scotland, which has a substantial positive employment and economic impact in many parts of the country, and for many communities. There are also many military systems sites in Scotland including both conventional and nuclear systems, as well as complex weapons bases. There are ammunition production factories producing arms both for the UK military but also for countries with very concerning human rights records. Large tracts of land are also owned by the Ministry of Defence.

Decision making in relation to most aspects of this sector currently lies at a UK level. Some political decisions made – for example, the sales of arms to Saudi Arabia – are controversial. However, many more of these big policy actions have commanded the majority support of Scottish politicians when taken i.e. the war in Afghanistan and the intervention in Libya.

Despite their stated anti-nuclear policy, the SNP are still committed to NATO, which considers nuclear weapons a “core component” of its “overall capabilities for deterrence and defence”. The party are not fundamentally opposed to Western intervention but to perceived, and sometimes real, imposition of military solutions by the UK government without any say.

That said, there are times when UK policy is clearly not in line with the majority view of elected representatives of the Scottish people at either Westminster or Holyrood. Faslane, where the Trident nuclear weapons system is based, is probably both the most high-profile and controversial military installation in Scotland. The House of Commons has been required to vote to proceed with the Trident replacement system at various stages, but there are elements of the British state as currently constituted that are almost impossible to vote away under parliamentary arrangements.

Opinion polls carried out in Scotland since the 1950s have consistently shown most of the public are opposed to the possession of nuclear weapons and the citing of nuclear weapons systems in Scotland. This has been reflected in the positions taken by Scottish politicians over generations. The majority of Scottish MPs at Westminster have voted against renewing the Trident nuclear weapons programme in 2007 and since, reflecting the balance of views in Scotland.

Whilst it is true that there are policy areas where the majority views of political representatives across the UK align, lightning rod issues like Trident and unpopular wars such as Iraq have effectively been recruiting sergeants for the cause of independence.

It is where there are these divergences that the focus should rest. The principle of the union between the nations should be based on the consent of each nation. It is perfectly possible for there to be a constitutional settlement which requires the specific consent of the nation affected in relation to certain decisions. North of the border, this could require that political decisions relating to defence which specifically affect Scotland – including major decisions on the Trident nuclear weapons system – to also require the consent of the Scottish Parliament or the block of Westminster MPs representing Scottish constituencies in the House of Commons.

The 1997 Labour Government created the Committees of Arms Exports Controls to give oversight, scrutinise and consider the human rights implications of arms exports. A similar body could be created to perform such a function for arms being exported from Scotland and the Scottish Parliament could be empowered to set policy on arms exports policy. Sensitive information and foreign office information could be provided to the Committee in the same way as it currently provided to the House of Commons Committees.

In recent years, there has been a campaign for a UK-wide War Powers Act which has still not been enacted. This would require the House of Commons to vote in favour of military action in certain circumstances and therefore provide a democratic mandate and oversight of significant military interventions. There would be specific provisions for emergency situations such as responding to armed attacks.

Whilst there are currently no legislative provisions which require a vote in Parliament for military interventions and war, in all recent significant military interventions UK Governments have taken such decisions to the House of Commons. On occasion, MPs have even stopped military action, such as on Syria in 2013. There could be legislative provisions to allow the Scottish Parliament to be required to give approval for such military actions within a similar framework to this proposed War Powers legislation.

There is considerable scope for the Scottish Parliament to have a greater role in setting foreign policy and providing democratic oversight within the UK to ensure that controversial projects are not foisted on Scotland against the will of the Scottish people. This should not be regarded as a technical fix but as a change of tack in how decisions are taken and how we incorporate democratic accountability into decisions which have always been Crown Prerogative.

The debate taking place in Scotland could be the lever to breathe democracy into this murky field. Brexit aside perhaps, the Scottish Government itself tends to raise these issues in the context of independence rather than with the aim of building a meaningful anti-nuclear alliance. This requires not just more constitutional powers but strong social movements on the ground and politicians driving it onto the agenda at all levels.

Pauline Bryan and Katy Clark will be speaking at Where next for Socialists in Scotland? Alongside Jonathon Shafi and Rory MacLean As part of the World Transformed which runs during Labour Conference in Brighton.